Mayor Betsy Price stopped by Wednesday and spent time chatting with protesters. She told the growing crowd she supports their effort to peacefully demonstrate.

FORT WORTH, Texas - Protests in Fort Worth Wednesday had the same backdrop and same message. However, this one had a different twist.

Mayor Betsy Price stopped by Wednesday and spent time chatting with protesters. She told the growing crowd she supports their effort to peacefully demonstrate. 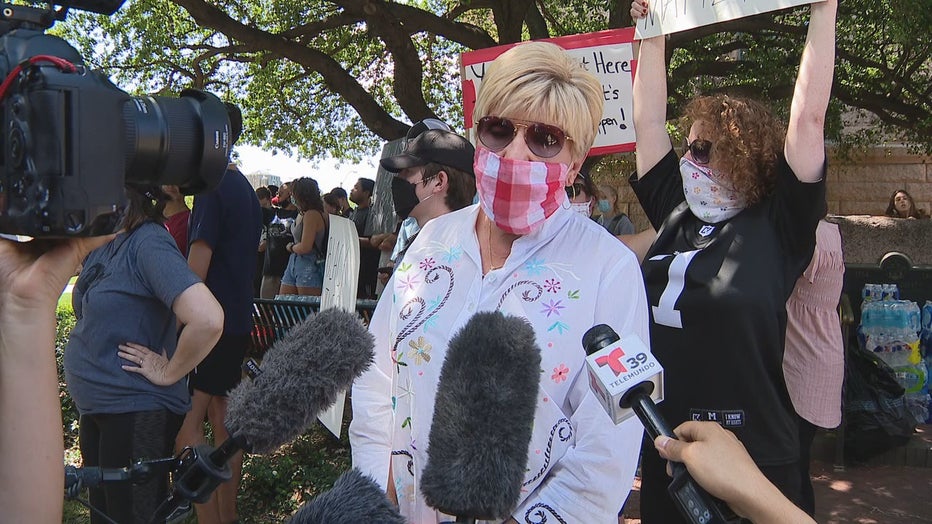 The mayor complimented the protesters’ showing Tuesday night and pointed out strides the city is making to increase diversity and fairness.

Hundreds of demonstrators marched through downtown Tuesday to call attention to racial injustice and the killing of George Floyd and many others at the hands of police.

The Tuesday marching continued well past the curfew in place at 8 p.m. FOX 4 asked the mayor why police allowed the violation after indicating it would be enforced.

“Our idea is not to arrest people. It’s a very soft touch to try to get them to comply,” Price said. “As long as it’s non-violent and they’re not hurling things at our officers or other people, we will continue to work with them. The chief has set a beautiful example for the nation.”

From all indications, the Wednesday group will be peaceful again while police officers are close at hand to keep a close watch.