FORT WORTH, Texas - The Fort Worth ISD school board will make its decision within ten days about Georgia Clark's future with the district.

A state investigation found there was not enough evidence to fire her from her job at Carter-Riverside High School.

The controversy started when Clark's tweets about illegal immigrants were discovered.

Clark appealed the decision, and an independent reviewer took her side.

During Tuesday night’s meeting, the board voted to hold a special meeting within 10 days to make a decision.

It came just weeks after a tweet to President Donald Trump surfaced asking he remove the illegals from Fort Worth. At the end of the tweet, she wrote: “Georgia Clark is my real name.” 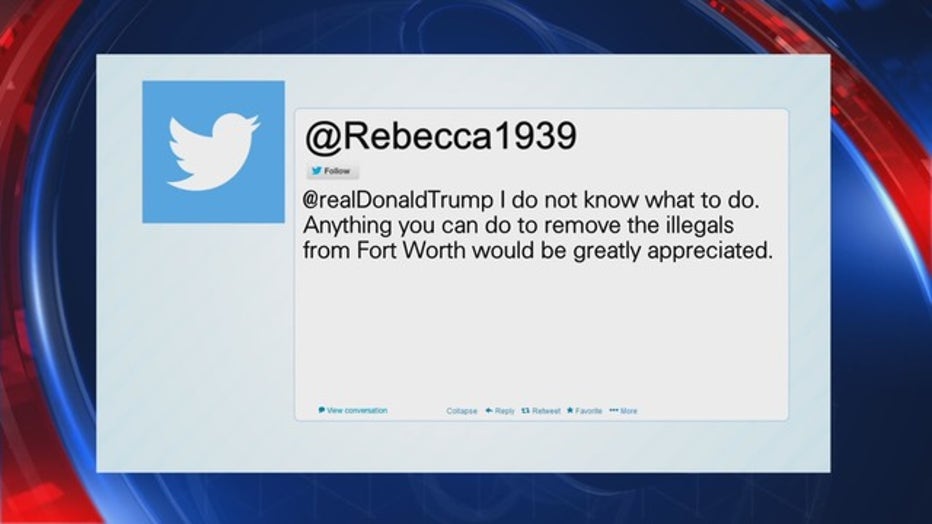 There were also past complaints from students saying she made derogatory comments about race.

Clark appealed the decision. An independent hearing examiner that looked into the case recently found that Fort Worth ISD did not properly document past incidents and that student witnesses had conflicting stories. It also said Clark’s tweets were protected free speech. The examiner recommended she should get her job back.

People spoke during the public comment portion of the meeting calling for Fort Worth to stick with its original decision in proposing to fire Clark.

Of the nine people who spoke on the subject, all spoke against Georgia Clark.