Fort Worth great-grandmother Opal Lee is days away from kicking off her annual walk to promote Juneteenth as a national holiday.

FORT WORTH, Texas - Fort Worth great-grandmother Opal Lee is days away from kicking off her annual walk to promote Juneteenth as a national holiday.

On Friday, 93-year-old Lee will set out on a two-and-a-half mile trek with supporters in tow. She says raising awareness about the historic day, June 19, has been her mission for over 40 years.

Juneteenth commemorates the day in 1865 when slaves in Texas learned of the Emancipation Proclamation declaring their freedom.

“I realize we must do the best we can with what we have to make people aware that Juneteenth is a catalyst for everybody,” Lee said.

“Listen, there’s work to be done, and as long as you’ve got some energy -- the Lord’s left you here for a purpose,” Lee said. 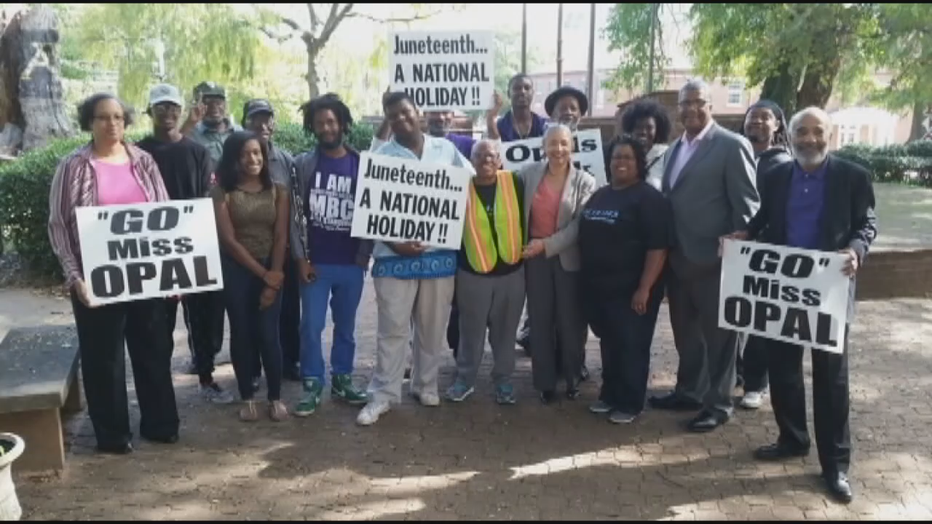 Her motivation is a painful memory that happened on the actual day she’s fighting for.

“My parents sent me and my brothers to neighbors up on Terrell Avenue,” Lee said. “They drug the furniture out, burned it, burned the house down.”

Lee is encouraged with what she’s seen from the Black Lives Matter movement.

She’s also thrilled by support for the Juneteenth holiday from some notable organizations, including the National Football League, Amazon and the University of North Texas.

Lee said the Juneteenth story is worth remembering and honoring, when 250,000 slaves in Texas got some late news.

“Slaves found out they were free two and a half years after everybody else knew about it. They started celebrating and we’ve not stopped. We’re still celebrating!”