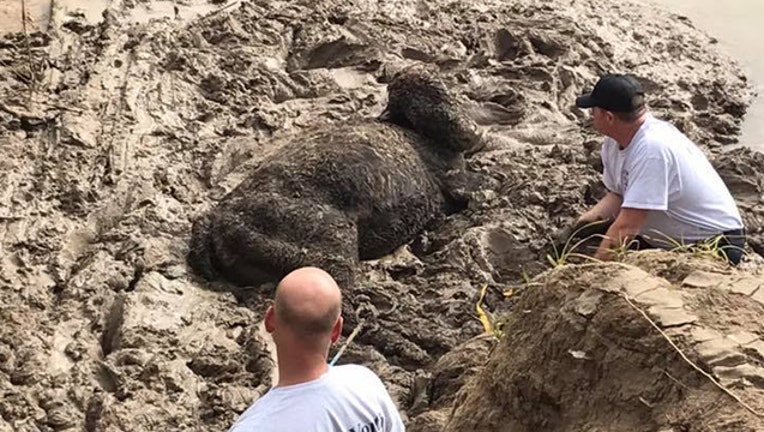 FORT WORTH, Texas - Some Fort Worth firefighters found out why they call their city Cowtown when they rescued a cow that was stuck in the mud.

Fire officials say the cow had been stuck for several hours when crews arrived on scene.

Firefighters used a hauling system to safely return the cow to dry land.

The cow appeared to be okay after the rescue, and was walking by itself.