The city of Fort Worth extended its boil water order to more parts of the city.

FORT WORTH, Texas - The city of Fort Worth extended its boil water order to more parts of the city.

The city also serves suburbs, like North Richland Hills, which issued a water emergency telling people to boil their water.

North Richland Hills issued an emergency water notice on Thursday asking residents to skip showers, boil water and only use it for cooking, drinking and flushing toilets.

Some North Richland Hills residents seemed a little surprised by the emergency order. Some had been dripping faucets to protect their pipes, even though the emergency notice asks them not to.

North Richland Hills City Manager Mark Hindman would like people who have heat to just leave cabinets open instead and run the heater in the house.

"If you can keep your walls heated enough to the level where they are not going to freeze, if we can discontinue the dripping of the water, that will help us conserve a small amount of water," he said. "But it could be enough to make a difference."

Hindman says the city gets its part of its water supply from the city of Fort Worth.

Fort Worth is dealing with its own boil water orders in parts of the city affecting about 300,000 homes and businesses. It also serves more than two dozen surrounding cities, like North Richland Hills. 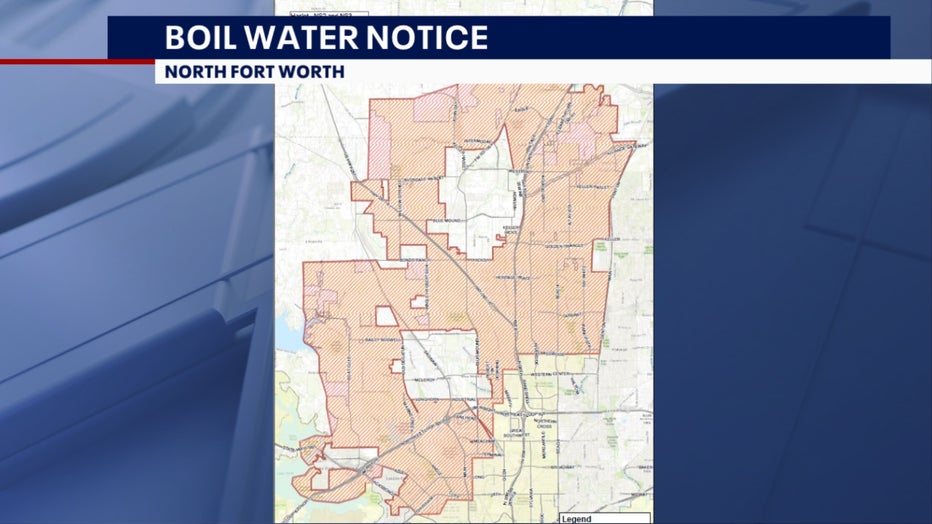 "We are literally bleeding from the system. The water is bleeding out," said Mary Gugliuzza with the Fort Worth Water Department. "So it’s making it very difficult for us to maintain pressure and very difficult to push the water to the other customers that we serve in some areas."

Hindman says limiting water conservation in North Richland Hills is critical for the next 48 hours to keep the city from running out.

The Fort Worth Water Department says its boil water notice could be lifted as soon as Friday if their water samples pass state quality guidelines.