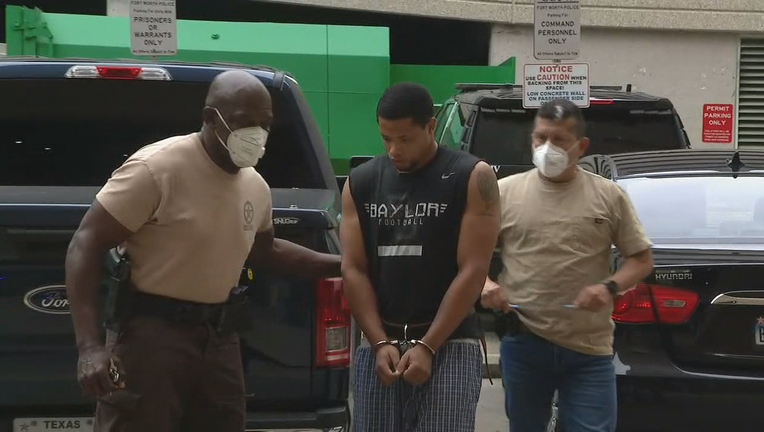 FORT WORTH, Texas - A Fort Worth man was captured in Waco and is now facing capital murder charges for the death of his young daughter.

Fugitive task force members arrested 25-year-old Rakeem Dory after getting a tip about his whereabouts. He arrived back in Fort Worth and was booked into the Tarrant County jail Wednesday afternoon.

"People want us to make an arrest right off the bat but we have to wait until we get a thorough investigation. Once we have all that information as you can see we press forward and move forward for holding those responsible that committed these acts," Officer Calzada said.

According to police documents, Dory called 911 on Feb. 17 because Zianne wasn’t breathing and her lips were blue.

While at the hospital, Dory claimed the little girl had fallen off a plastic slide in her playroom the previous day. He said she appeared fine but he put an ice pack on her head throughout the day.

Dory admitted giving Zianne “six licks” as punishment for not helping to clean up later that day. He also said he got angry because she soiled herself several times while standing in the playroom for punishment.

Doctors at Cook Children’s Medical Center found brain swelling and significant bruising all over the little girl’s body that they said was not consistent with Dory’s story of a fall.

Investigators also found evidence of blood in the family’s playroom and they recovered recorded phone conversations between Dory and his step-parents that are now considered evidence in the capital murder case, the police documents state.

Police said Zianne was living with Dory because her biological mother was already in prison for child neglect.

Dory’s wife was not at home at the time of the alleged abuse. Another 2-year-old child in the home was not hurt.