A longtime community activist and former journalist said what's different with the protests this time around is the diversity in those protesting.

FORT WORTH, Texas - Friday’s protest in Fort Worth is likely to stretch into the evening after city council members voted to end the city's curfew Thursday night.

A longtime community activist and former journalist said what's different with the protests this time around is the diversity in those protesting.

“The young people I saw marching in the streets the last few days give me some hope,” Bob Ray Sanders said. 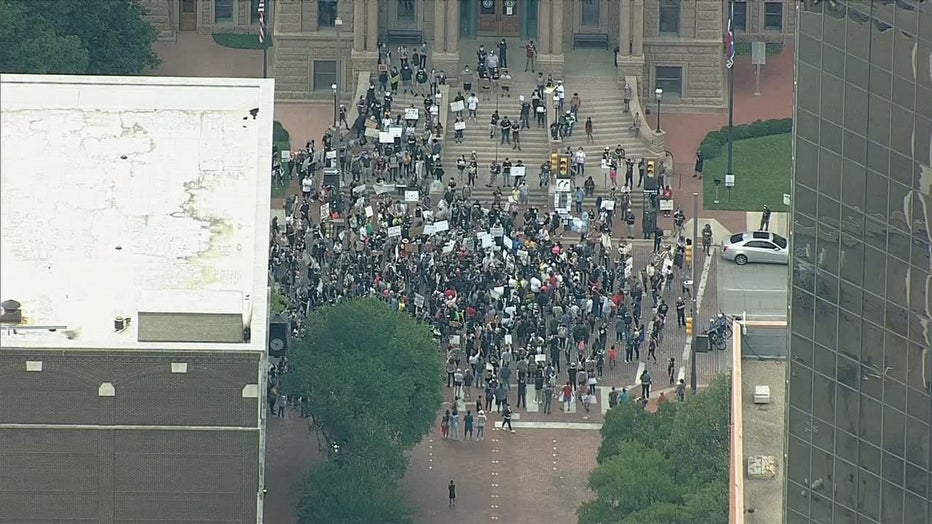 The landscape in Fort Worth and around the world in wake of George Floyd’s killing brings perspective from some who’ve been in the trenches for decades.

“I’m old enough to remember the Watts Riots, for example. I spent my summers in Detroit so I know the 67 riot there,” Sanders said.

Sanders is a retired journalist and Fort Worth community activist.

“I saw it in 1963 after Martin Luther King was killed and in the early 90s with Rodney King in Los Angeles. I’ve seen riots and I’ve seen protests, but I’ve never seen protests at this level,” he said.

Sanders believes the presence of so many Anglo American protesters is making a difference, as well as something else.

Sanders also cautions the younger generation of leader, some of whom he has collaborated with on the city’s Race and Culture Task Force.

“They were irritated with us because they thought we were moving slowly, that we were being too predictable, that kind of thing,” he explained. “In fact, a young man who was about 21 years old said to me, 'I’m tired, I’m just tired, I’m tired.’ I said, 'Say man, look at me and how old I am. I’m the one who’s tired. You don’t have a right to be tired yet. Maybe one day. No you’ve got work to do.’”