There was a return to some normalcy at Catholic churches in the Diocese of Fort Worth this Sunday.

FORT WORTH, Texas - Some Catholics returned to mass in person for the first time in weeks on Sunday.

For the Diocese of Fort Worth, Sunday marked the first step in a phased-in return to holding mass with parishioners in the pews.

At St. Patrick’s Cathedral in Fort Worth and in other parishes throughout the diocese, attendance was limited to 25% of the building’s capacity and face coverings were required.

Entry into the church was first come, first served. So people had to stand outside and wait to be let in.

“They had some of the pews taped off where you had to sit 6 feet apart and it was very organized,” said Alfredo Falter, who attended mass.

The normal routine at St. Patrick’s was re-arranged to follow other Centers for Disease Control guidelines as well. People did take communion but did not pass around any items or shake hands.

There was no obligation for people to be there in person, though. In fact, people over the age of 60 were strongly encouraged to stay home and watch the mass on a live stream. 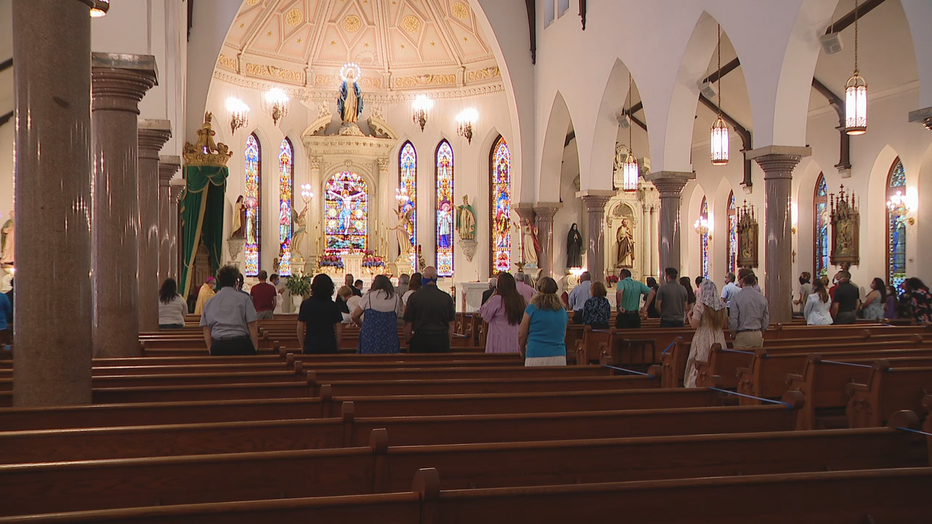 “I’m very grateful that we’re able to do this safely and I think it’s an opportunity to take some small steps forward on our gradual return to a fuller life,” said Bishop Michael Olson.

In Irving, priests with the Legionaries of Christ continued to conduct drive-thru confessions at the Highlands Catholic School. Leaders at the school said the arrangement allows parishioners to drop off their sins.

The Diocese of Dallas said it is not ready to resume in-person mass just yet. They will return during a future phase of reopening.

Many other North Texas churches, especially those with larger congregations, are also sticking to virtual services for now.