The hackers were laughing while the kids were screaming and fearful for their life.

FORNEY, Texas - It was terrifying moments for a Forney family when an unknown person terrorized their two young children through a hacked Ring camera system.

It happened Wednesday night in the Devonshire neighborhood. The family said someone started talking to their children through their Ring cameras around the house and threatened them with racial slurs and profanities.

The hackers were laughing while the kids were screaming and fearful for their life.

The victims said they have their Ring camera system so they can watch their kids after school before they get home from work. But what was supposed to be a safety net for the family turned into an alarming moment for their kids.

It was startling for two children when a stranger started harassing them through the family's Ring camera system. The stranger's threats sent both children running through the house.

“Say the N-word or your family will die,” the hacker said. “Your family’s going to die if you don’t kill yourselves.”

The voice in the camera also yelled racial slurs at the kids as they ran outside, visibly shaken.

The hacker continued to taunt them on multiple cameras around the house.

“I will kill you. I will blow your head off,” the hacker said.

The hackers were even able to set off the alarm system several times. During the chaos, a neighbor drew a gun while checking on the kids only for the hacker to threaten them as well. 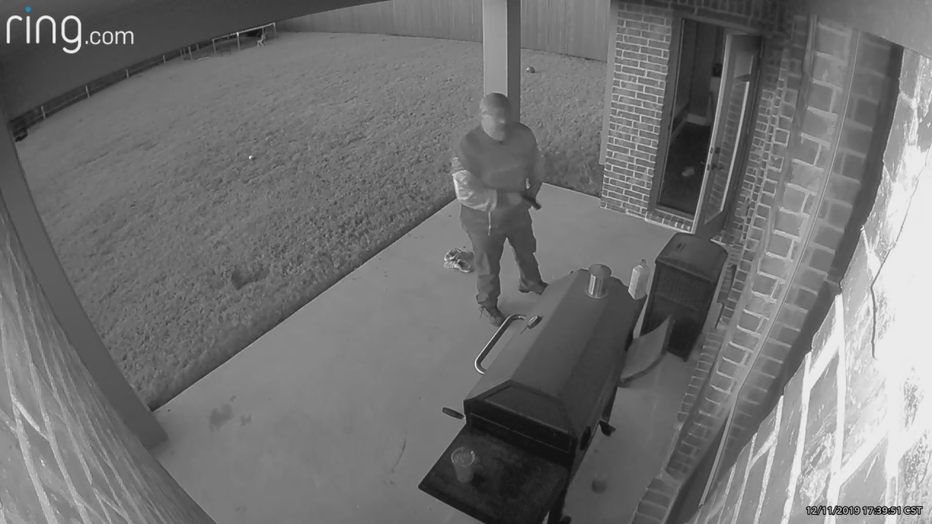 Kaufman County Deputy Constable Tyler Decker responded with his sergeant to the call for help. Initially, they believed there might be a trespasser in the house.

The person even taunted law enforcement.

“I’m listening to your location. I can. Who is this?” the hacker said.

“Just change your password, dude,” the hacker said. “It's just easiest. You don't have to go through a court case or anything."

"Why do you think it’s okay to do something like this? They’re kids, they’re innocent. We purchased this for protection," said Lue Mayora, whose Ring camera was hacked.

"My daughter wanted to move. They don't want to be home at all by themselves,” she said. “They're still scared to sleep by themselves."

Company reps for Ring insist their systems were not compromised. They suggested the harasser may have gotten access to the family's password.

"Upon learning of the incident, we took appropriate actions to promptly block bad actors from known affected Ring accounts and affected users have been contacted,” Ring said in a statement.

The constable's office is reaching out to Ring to see if they can track this person down, but they admit it could be difficult.

“We don’t know if they were two doors down, sitting in their car, or two countries over. We have no clue,” Kaufman County Constable Jason Johnson said.

Authorities said this person could be facing charges for harassment or making a terroristic threat.

The family said they're getting rid of their Ring camera system and searching for an alternative.

It was terrifying moments for one Forney family as an unknown person terrorized their two young children through a hacked Ring camera system.