Former vice president Joe Biden was in North Texas Wednesday fresh off a debate in Iowa between the Democrat presidential candidates.

ARLINGTON, Texas - Former vice president Joe Biden was in North Texas Wednesday fresh off a debate in Iowa between the Democrat presidential candidates.

Biden did not bring up President Donald Trump's impeachment. He spoke to a group of black church leaders at the National Baptist Convention meeting in Arlington and touted his work as vice president and the steps he'd take if elected president.

In a roughly 20-minute speech, there was notably no discussion of Wednesday’s impeachment developments. That does not mean Biden did not go after President Trump. He did but focused not on misuse of power or obstruction of justice but the subject of racial division. 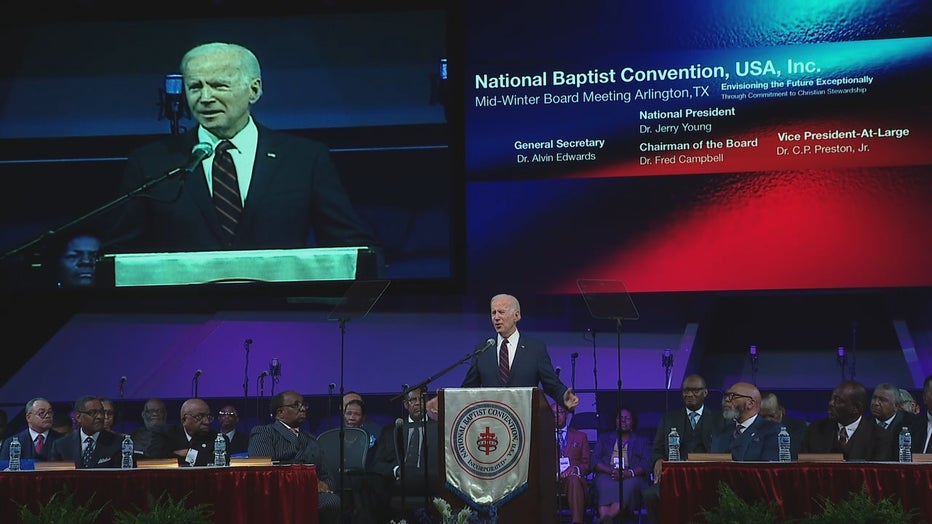 Biden recalled the key moments in America’s struggle and successes with civil rights right up until Inauguration Day alongside former president Barack Obama. But he went on to accuse President Trump of being friendly to hate groups and says the president has supported voter suppression efforts.

Biden also discussed the need for a $70 billion investment in Historical Black Colleges and Universities. His campaign launched an initiative aimed at getting HBCU students involved in organizing for the campaign.