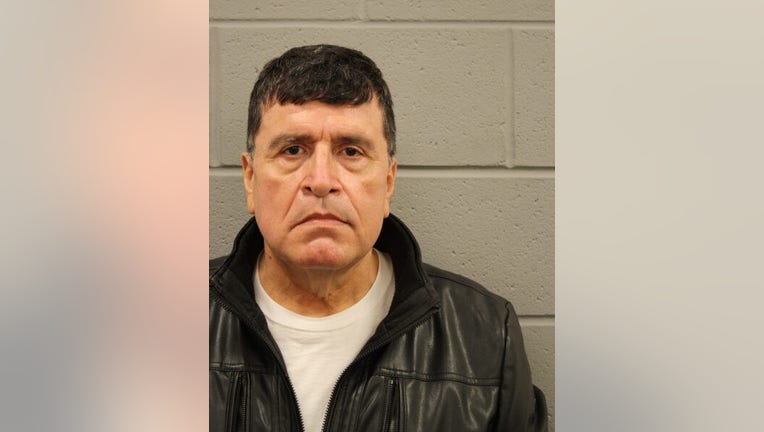 HOUSTON - A former Houston police captain has been arrested after running a man off a road and holding him at gunpoint to prove a bogus voter fraud conspiracy.

Mark Anthony Aguirre was arrested by Houston Police on Tuesday and charged with Aggravated Assault with a Deadly Weapon, a second-degree felony punishable by up to 20 years in prison.

According to a court document, the former captain told police shortly after the Oct. 19 incident, that he was part of a group of private citizens called, “Liberty Center,” who were conducting a civilian investigation into the alleged ballot scheme.

“He crossed the line from dirty politics to commission of a violent crime and we are lucky no one was killed,” Harris County District Attorney Kim Ogg said. “His alleged investigation was backward from the start – first alleging a crime had occurred and then trying to prove it happened.”

Aguirre admitted he had been conducting surveillance on the victim for four days, believing the victim was the mastermind of a giant fraud, and there were 750,000 fraudulent ballots in a truck he was driving.

According to the court document, Aguirre ran his SUV into the back of the victim's truck to get, forcing him to stop and get out. When he got out of the truck, Aguirre, pointed a handgun at him, forced him to the ground, and put his knee on the man’s back – an image captured on the body-worn camera of a police officer.

Then, Aguirre directed police to a parking lot nearby where another suspect, who has not been identified, took the truck.

There were no ballots in the truck.

It was filled with air conditioning parts and tools.

The victim turned out to be an innocent and ordinary air conditioner repairman.

Aguirre never told police that he had been paid a total of $266,400 by the Houston-based Liberty Center for God and Country, with $211,400 of that amount being deposited into his account the day after the incident.

The election fraud claims were found to be baseless after a thorough investigation.