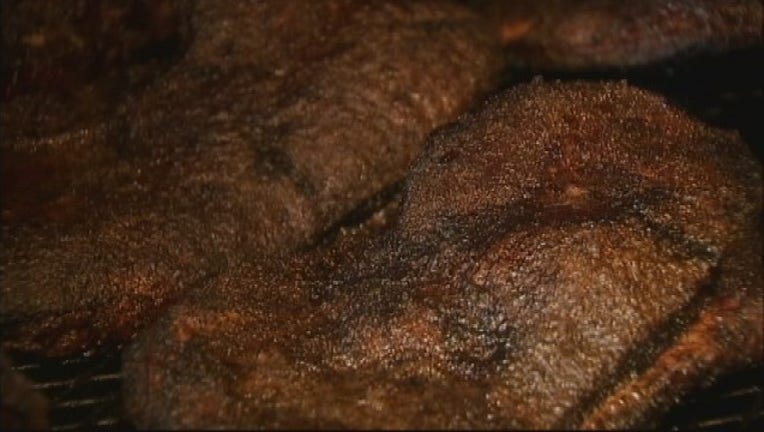 DANVILLE, Ky. (AP) — Police say a woman was hit with a hot flying brisket when a contestant's temper flared during a beef over a shared cooker at a central Kentucky barbecue festival.

Danville police say they were called to the Kentucky State BBQ Festival after a dispute was reported between contestants who were sharing a cooker Sunday.

Mary Berry of Bardstown told officers she was hit in the shoulder, neck and head by the slab of hot meat, which was estimated to be between 200 and 250 degrees when it was thrown.

Police said 42-year-old Mike Owings of Cunningham told officers he threw the brisket because he lost his temper but "didn't mean for anyone to get hurt."