A Florida middle school teacher was arrested, accused of playing loud music with the intent to disrupt Florida Standards Assessments (FSA) testing being conducted at the school.

LAKE MARY, Fla. - A Florida middle school teacher was arrested, accused of playing loud music with the intent to disrupt Florida Standards Assessments (FSA) testing being conducted at the school.

Port Orange police officers were called to Creekside Middle School for a disturbance just after noon on Tuesday.

Officers said Martin Reese, a teacher at the school, refused to turn off the music and caused a disturbance when being escorted to the principal’s office. This caused the school to go into lock down until the situation was resolved.

"They couldn’t leave their class or anything like that," said Aubrey Markovitz.

Markovitz said her daughter was already stressed about taking the test.

"I do think that if this individual was wanting to protest the FSA there are definitely some better ways to go about it," Volusia teacher’s union president Elizabeth Albert responded.

She said Reese had only worked at the school for three weeks.

"We’re always concerned when there’s chaos on campus and have to go into lockdown mode. That’s never good. It creates unnecessary disruptions and puts everyone on edge."

Parents said the students were using their phones to record the teacher. 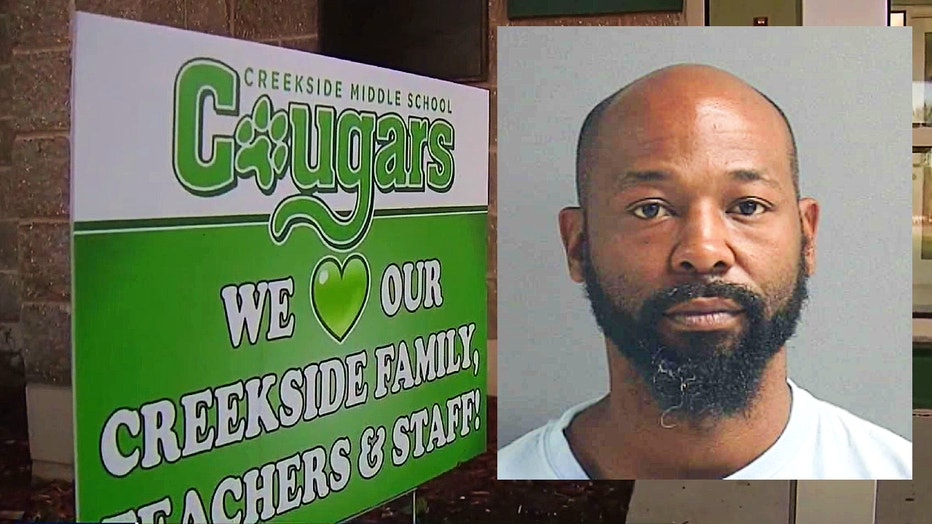 "It seems like it was more than just him blasting music. He took his shirt off, he was yelling," Markovitz explained. "My hope is that if this individual has some greater needs perhaps some mental health needs that he will be able to obtain the assistance he needs."

A school district spokesperson said Reese had been with the district since 2009, but he was only at Creekside Middle for a short time.

"At no time were any students endangered, and no weapons were involved in the incident," a spokesperson for the Port Orange Police Department told FOX 35 News.

Reese was charged with disrupting a school function and disorderly conduct. His mother told FOX 35 News that she has hired an attorney to defend her son.

Last month, Gov. Ron DeSantis signed a bill that abolishes the FSA exams, which has been one of his priorities this legislative session.  The legislation paves the way to replace the standardized exams with a "progress monitoring system" that would test students three times a year.

"We are here not to praise the FSA, but bury it," DeSantis said during the press conference. "We needed some tool to be able to assess, and we do believe in accountability. It's important to do that to have high standards at the same time, but you look at technology we can get the same info as FSA, but we can do it in shorter amount of time and in a way that provides really quick feedback."

Students would be required to take progress-monitoring tests at the beginning, middle, and end of each school year. The final tests of the year would be used for accountability purposes to determine such things as graduation for high-school students and school grades.