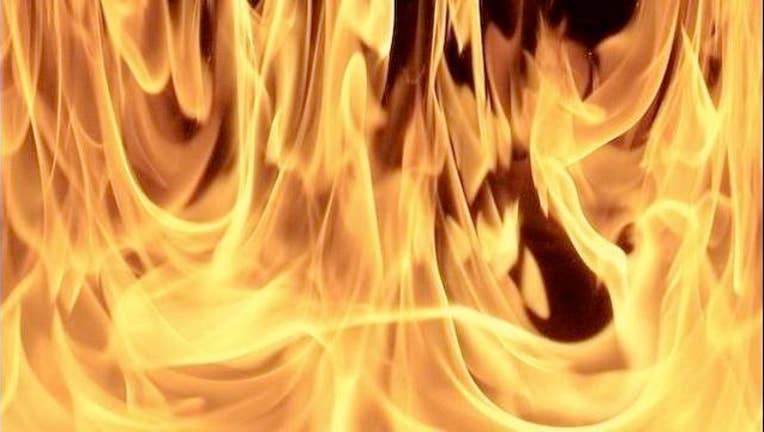 WARSAW, Poland (AP) -- A faulty heating system appeared to have caused a fire at a house in northern Poland where five teenage girls died while locked inside a recreational escape room that was installed in the rented dwelling, investigators said Saturday.

Firefighters in the city of Koszalin found the bodies of the 15-year-old victims Friday after they extinguished a fire in a room adjacent to the one the girls had entered while celebrating a birthday.

A 26-year-old man employed at the location was hospitalized with burns.

Players in escape room games are locked inside a room or building and must solve puzzles and find clues that lead them to the key that will unlock the door. Regarded as an intellectual challenge, the games are highly popular among teenagers in Poland.

Koszalin prosecutor Ryszard Gasiorowski said a leak in a bottled gas heating system was a probable cause of the fire. Earlier, firefighters blamed faulty electric wiring and substandard security procedures.

"Preliminary findings suggest that the fire was caused by an unsealed gas container inside a heater," Gasiorowski said.

The fire broke out in a part of the detached house that was being used as a reception room for the entertainment venue and blocked the employee's way to the girls, he said.

Firefighters and other witnesses were questioned, but the injured employee's condition prevented investigators from interviewing him immediately, Gasiorowski said.

Earlier Saturday, national firefighters' chief Leszek Suski said there was evidence of "a lot of negligence" at the venue, including makeshift electrical wiring too close to flammable materials and the absence of a proper evacuation route.

"Security was not ensured, and that led to the tragedy," Suski said.

A spokesman for local firefighters, Tomasz Kubiak, said the units responding to the blaze had to use specialized equipment and force their way into the locked escape room of some 7 square meters (75 square feet.)

Poland's interior minister has ordered fire safety inspections at more than 1,000 escape room locations across the country. The first inspections were being held Saturday, the Interior Ministry said. Previously, there was no official requirement for fire safety certificates at such locations.

Teachers, psychologists and local education authorities met Saturday to discuss ways of helping students at the school the five girls attended deal with the trauma.

Students, teachers, city authorities and residents attended a memorial Catholic Mass at noon at the local church. Local residents placed flowers and lights in front of the location, a two-story house with a huge "Escape Room" sign in front.

Koszalin Mayor Piotr Jedlinski declared Sunday a day of mourning and appealed to residents to hold no entertainment gatherings or parties. The annual Epiphany procession was canceled.

"The families want peace and quiet as they face their great tragedy," Jedlinski said.