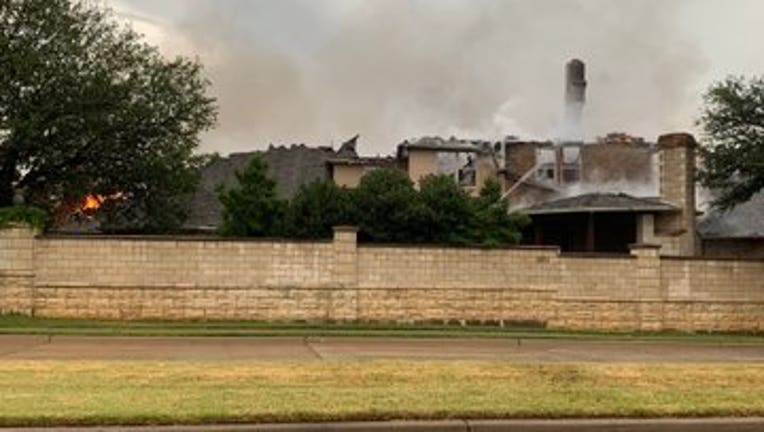 ARLINGTON, Texas - A lightning strike is believed to be the cause of a fire that started at an Arlington home during Sunday's storms.

Fire crews responded at 4:45 p.m., to the fire at a two-story home on Royal Glen Drive, near N. Davis Dr. and Cooper.

One person was home at the time, but managed to make it out safely.

The cause is being investigated, but fire crews said it was likely caused by lightning.