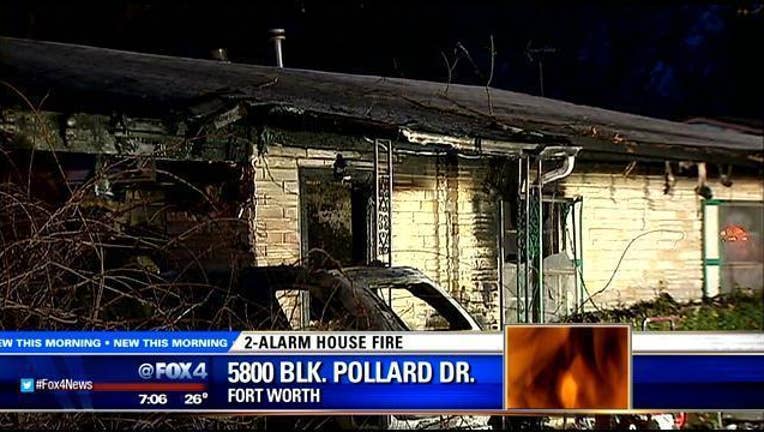 Firefighters worked to put out a house fire in west Fort Worth.

It likely started in a vehicle and spread to the house. A second alarm was called because it threatened other homes.

There were no reports of injuries, but nine people were displaced.