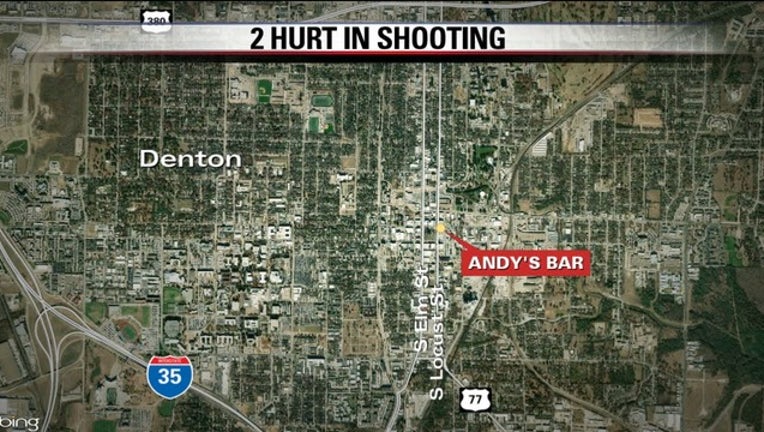 DENTON, Texas - A shooting at a popular downtown Denton bar could lead to security changes.

Responding officers pulled over a car leaving the scene and found two gunshot victims. They are expected to survive.

Employees at the bar are meeting Monday morning to talk about security for future events.