The North Texas organization Feed-A-Hero made sure thousands of first responders were fed on Christmas.

LEWISVILLE, Texas - Christmas Day was just another day on the job for first responders.

That's why the North Texas organization Feed-A-Hero made sure thousands of first responders were fed Saturday.

Several volunteers took time on their Christmas morning to help.

On Christmas morning, thousands of prepared meals from the organization Feed-A-Hero were packed up in Lewisville and dropped off to first responders across North Texas.

"We literally went from feeding six to 6,000," said Jim Searles, founder of Feed-A-Hero.

Searles started this tradition in 2013 with feeding a single fire station in Denton on Thanksgiving.

"There is something beautiful about walking into police or fire station on Christmas with nothing more than a box full of brisket. It really is awesome," Searles added. 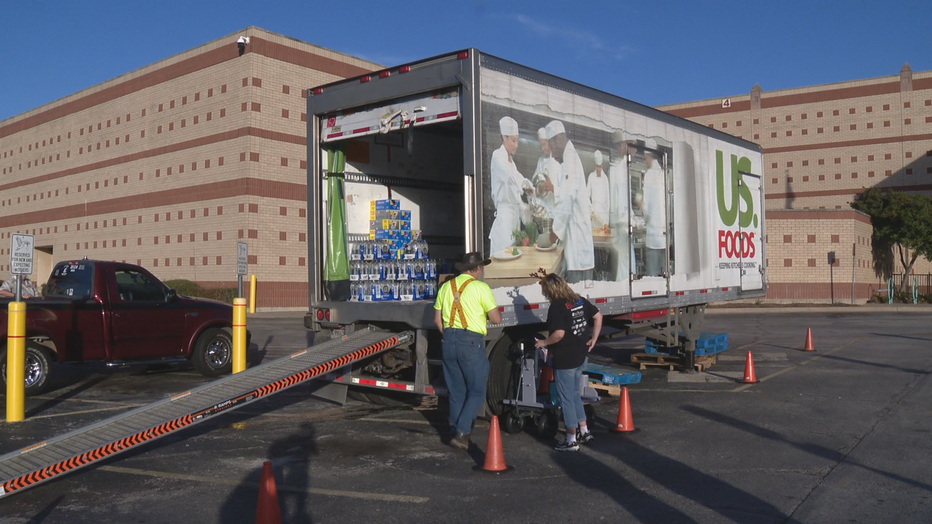 Feed-A-Hero, along with its volunteers, spent all week preparing the food, including Christmas Eve night.

"I think it’s a great way for us to give back," volunteer David Watters said.

That way, on Christmas, the trucks are ready to roll out to police, fire, and EMS personnel, as well as dispatchers.

"They are eating brisket, sausage, mac and cheese, green beans, a roll, and a pie," said Amy Bertelsen.

The Highland Village Police Department in Lewisville was just one of several stations Feed-A-Hero served Saturday.

Sgt. Jared Cameron said he and his shift were grateful for the community’s support.

As for the volunteers, they said it’s the least they can do.

"They give back to us 365 days a year," Kimberly Reynolds said.

Feed-A-Hero said about 800 leftover meals were handed out to North Texas homeless shelters.