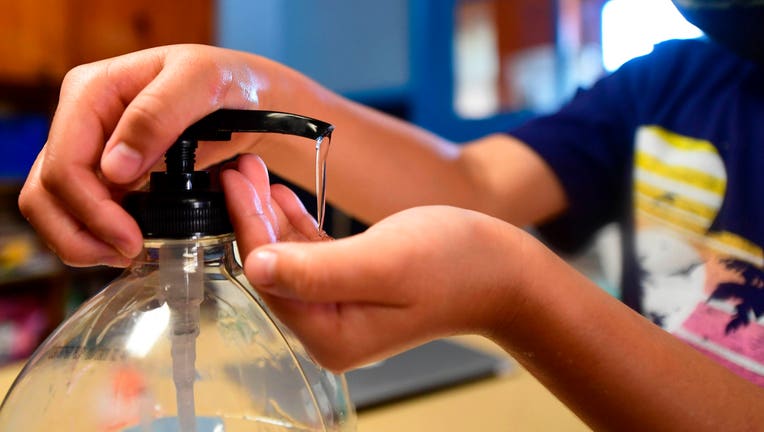 The Food and Drug Administration's rolling list of hand sanitizers that have been recalled due to the possibility of being contaminated with a toxic chemical continues to grow.

As of July 23, roughly 75 cleansers have now tested positive for methanol, which can be poisonous if absorbed through the skin or ingested, according to the FDA's latest update.

A majority of the products appear to have been manufactured in Mexico with recalls issued by the manufacturer or distributor.

The latest additions were published by the FDA on Wednesday, with the agency calling attention to LIQ-E S.A. de C.V.'s  Optimus Instant Hand Sanitizer that was voluntarily recalled "for the potential presence of undeclared methanol."

The notice came two days after the FDA gave back-to-back warnings about two other manufacturers who issued the same voluntary recall.

The list started in June when the agency observed an increase in hand sanitizers that allegedly contained ethanol but tested positive for methanol contamination which the FDA says is "not an acceptable active ingredient for hand sanitizers and must not be used due to its toxic effects."

The toxic alcohol is typically used as a solvent, pesticide and alternative fuel source, according to the Centers for Disease Control and Prevention.

GET FOX BUSINESS ON THE GO BY CLICKING HERE

The FDA’s investigation into the methanol contamination is ongoing. Its full list of recalled products, which will be updated as more information becomes available, can be viewed on the agency's website.