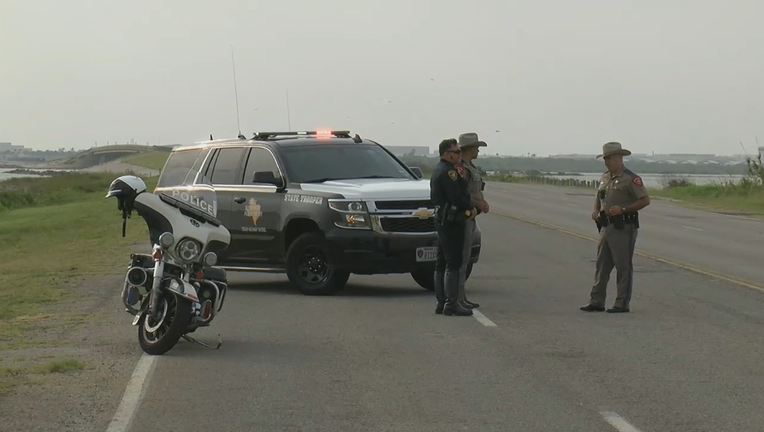 A shooting at a Texas naval air station that wounded a sailor and left the gunman dead early Thursday was being investigated as “terrorism-related,” the FBI said, but divulged few details as to why.

The suspect was identified as Adam Alsahli of Corpus Christi, according to three officials familiar with the investigation who were not authorized to speak publicly and spoke to The Associated Press on condition of anonymity.

At about 6:15 a.m., the gunman tried to speed through a security gate at Naval Air Station Corpus Christi, opening fire and wounding the sailor, a member of base security, U.S. officials told the AP. But she was able to roll over and hit the switch that raised a barrier, preventing the man from getting onto the base, the officials said.

Other security personnel shot and killed the man.

There was an initial concern that he may have an explosive device, but Navy experts swept the area and the car and found nothing. The officials spoke on condition of anonymity to discuss details about an ongoing investigation. Officials were still working to process the crime scene late into the day and had recovered some type of electronic media.

Later, federal agents were seen carrying items from inside a house that a Corpus Christi police tactical unit had surrounded and a public records search by local television station

The base was on lockdown for about five hours, but it was lifted shortly before noon. The main gate was reopened, though the gate where the incident occurred was still shut down.

FBI Supervisory Senior Resident Agent Leah Greeves said at a news conference that investigators were working to determine whether a second person of interest was at large but did not elaborate. She also would not discuss a potential motive or specify what led investigators to believe the shooting was related to terrorism. 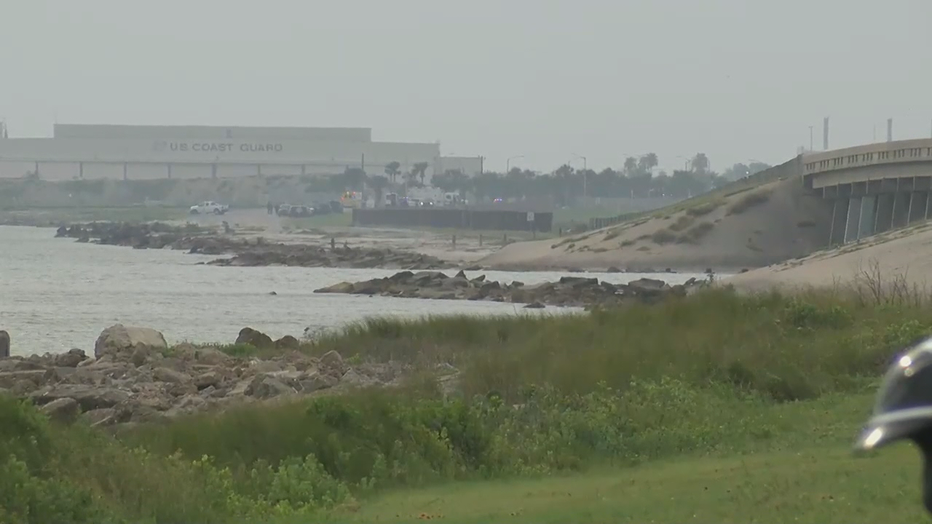 “We have determined that the incident this morning at the Naval Air Station Corpus Christi is terrorism related,” Greeves said. “We are working diligently with our state, local and federal partners on this investigation, which is fluid and evolving.”

The FBI’s field office in Houston has taken the lead on the investigation, and neither investigators nor the Navy provided details on the shooter or a possible motive. Attorney General William Barr has also been briefed, a Justice Department spokeswoman said.

The injured sailor was discharged from a hospital where she was treated for minor injuries, according to a statement from the command.

The air station is surrounded by water on three sides and is home to Naval pilot training since 1941, according to its website. Marine Corps, Navy, U.S. Coast Guard student pilots train there. It's also home to the Corpus Christi Army Depot, a depot for the Department of Defense rotary wing aircraft.

The station had a similar lockdown last December. In another incident at the base last year, a man pleaded guilty to destruction of U.S. government property and possession of a stolen firearm for ramming his truck into a barricade at the Corpus Christi station.

The shooting also comes months after a Saudi Air Force officer who was training at a Navy base in Pensacola, Florida, killed three U.S. sailors and wounded eight other people in a shooting that American officials described as an act of terrorism. The country’s top federal law enforcement officials said this week that the gunman in December's attack, Mohammed Saeed Alshamrani, had been in touch with al-Qaida operatives about planning and tactics in the months before the shooting. Alshamrani was killed by a sheriff’s deputy.