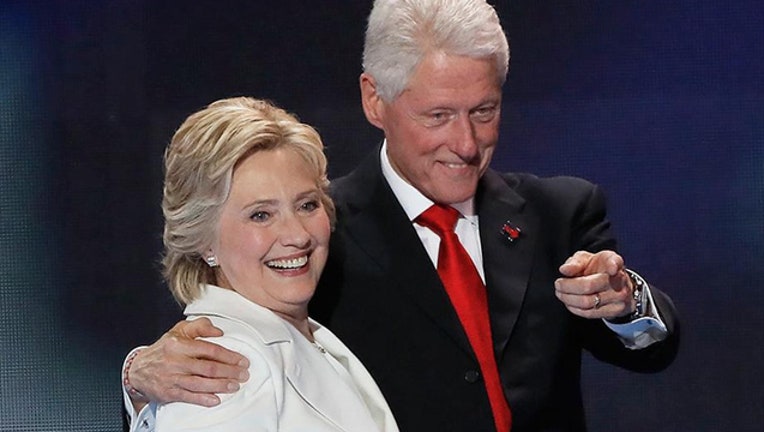 WASHINGTON (AP) - The FBI is investigating whether the Clinton Foundation accepted donations in exchange for political favors while Hillary Clinton was secretary of state, two people familiar with the probe confirmed Friday. The revelation comes as President Donald Trump and congressional Republicans have been urging the Justice Department to look into corruption allegations involving the foundation.

It is unclear when or why the probe began, but the sources told The Associated Press it has been ongoing for several months, with prosecutors and FBI agents taking the lead from their offices in Little Rock, Arkansas, where the foundation has offices. The people were not authorized to discuss the investigation publicly and spoke on condition of anonymity. The Hill newspaper first reported the probe.

Critics have accused the Clinton family of using the foundation to enrich themselves and give donors special access to the State Department when Hillary Clinton was secretary of state. But public corruption prosecutors in Washington expressed disinterest in working with the FBI on a Clinton Foundation-related investigation in 2016, saying they had concerns about the strength of the FBI's evidence.

A spokesman for the foundation, Craig Minassian, said it had been "subjected to politically motivated allegations, and time after time these allegations have proven false."

Trump has repeatedly called for an investigation into Clinton, her aides and the foundation, harping on Attorney General Jeff Sessions for not taking action. Democrats say Trump is trying to steer attention away from investigations examining whether his campaign was involved with Russian attempts to influence the 2016 election.

Sessions in November directed senior federal prosecutors to evaluate a number of Republican grievances and determine whether a special counsel should be appointed to look into allegations that the Clinton Foundation benefited from an Obama-era uranium transaction involving a Russian state company. In a letter to the House Judiciary Committee, Sessions said the prosecutors would also make recommendations into "whether any matters currently under investigation need additional resources."