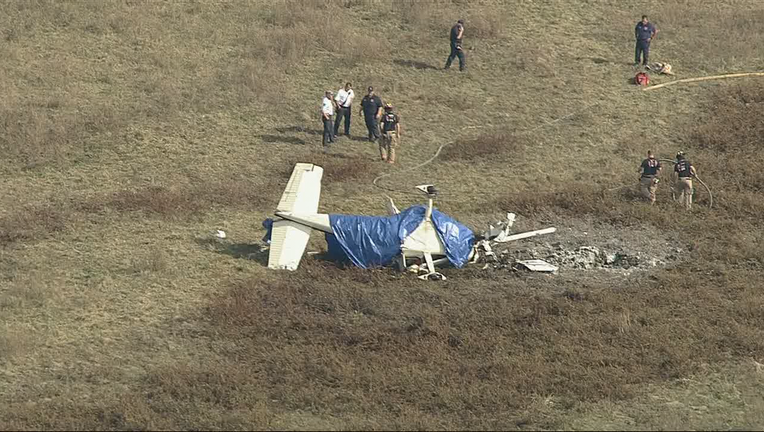 Video from SKY 4 showed the crash site in a field located just north of the airport near Highway 66.

The FAA said in a statement that the single-engine Cessna 182 crashed after striking a power line.

Hwy. 66 was shut down because of the crash.

FAA officials said it and National Transportation Safety Board will investigate.

Rockwall police said the identities of the two people who died would be released pending family notification.