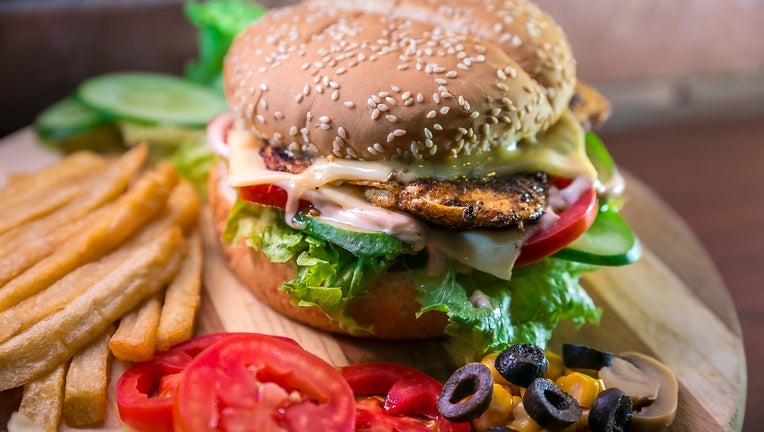 NEW YORK - Soon after calories were posted on fast-food menus, people cut back a little bit on what they ordered. But it didn't last.

Customers at fast-food chains in Louisiana, Mississippi and Texas ordered an average of 60 fewer calories per transaction in the weeks after the figures were displayed, according to a study published Wednesday in the medical journal, BMJ. That amounted to a 4% drop, and declines came largely from extras such as fries and desserts.

After about a year, the drop was down to 23 calories.

Since orders likely included food for multiple people, the impact per person might be even smaller. But the decreases are averages and some people may have made bigger cuts while others didn't make any, said study co-author Joshua Petimar of Harvard's School of Public Health.

"The strongest impact might be felt in the short term, whereas the long-term effects are still a little bit up in the air," he said.

It's the latest effort at sizing up how calorie counts influence what people order. A national law that went into effect last year requires chains with 20 or more locations to post calories. Some places, including New York City and California, imposed similar rules years ago to combat obesity. The idea is to give people information to make better choices.

Past research has suggested calorie counts lead to modest or no changes, and Wednesday's study suggests that also seems to be the case in the South, where obesity rates tend to be higher. Still, the authors say more research is needed to understand the effects of the practice, especially over the long run and in other settings, like sit-down restaurants.

It could be that people don't notice the numbers on crowded fast-food menus, or know what they mean, said Bonnie Liebman of the Center for Science in the Public Interest, which has pushed for calorie counts on menus.

Calorie needs vary, but a 40-year-old moderately active man is estimated to need around 2,600. Liebman said requiring restaurants to post calories is also a way to pressure them to make dishes less fattening.

The findings were based on sales data from 104 fast-food locations over three years. The owner provided the information but did not allow researchers to identify the chains.

The locations posted calories counts in 2017, when the law was supposed to go into effect. The authors noted the study ended before the law's postponed implementation last year, when awareness might have been greater.

And they said people may have made changes the study didn't capture, such as requesting no mayo or cheese, or deciding to stop going to the restaurant. The initial average drop in calories was driven by people buying fewer items rather than switching to lower-calorie options, the study found.

Even if the study didn't find a big drop, it shows calorie counts can have an impact, said Brian Elbel, who researches calorie posting at NYU's School of Medicine.

"I don't think that 60 calories is going to turn the tide," he said. "But I think it could be part of a broader set of efforts."