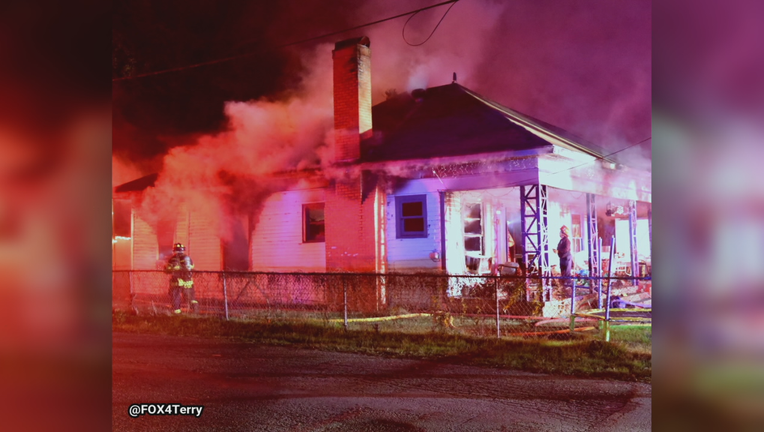 TERRELL, Texas - Three adults and an infant were forced into the cold because of an intense fire at a home in Terrell, east of Dallas.

Firefighters from Terrell and Forney were called to help put out the flames just before midnight Sunday.

All four people who were home at the time made it out safely but the family’s dog did not. The home was also a total loss.

The American Red Cross is now providing for the family.