The recovery still has a long way to go in Dallas neighborhoods along Royal and Walnut Hill lanes.

DALLAS - One year ago on Tuesday, parts of Northwest Dallas and Preston Hollow were devastated by an EF-3 tornado.

It was one of nine tornadoes that hit Dallas, Rockwall, Kaufman, Ellis and Van Zandt counties. They caused $2 billion worth of insured losses.

The recovery still has a long way to go in Dallas neighborhoods along Royal and Walnut Hill lanes. Many families who were already struggling to make ends meet during normal circumstances are still displaced and struggling to overcome now two crises.

Since that night 365 days ago, Martha Vega, her husband, and their 9-year-old son have been living between hotels and with family. They long for the security of their own roof over their heads, but it remains a tattered mess. The situation with their insurance company is complicated.

“They said that the house was old and that is why it was damaged so much in the tornado,” she said.

Now, the Vegas family is working to get a loan instead. 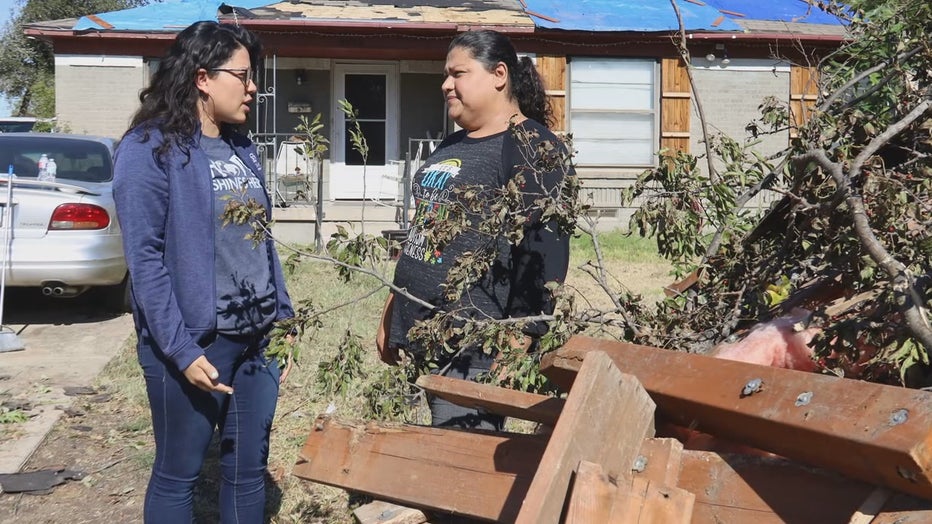 Nearby, the Southwind Apartments serve as another visual reminder of the more than 40 families displaced at the complex and the standstill that followed amid the pandemic.

Ricardo Brambila is the director of the Buckner Family Hope Center in the heart of the Bachman Lake community.

“Bachman Family Hope Center saw families trying to pick themselves up after a tornado. Then COVID brought another layer of issues: isolation, loss of jobs,” he said. “Any disaster will push you back seven months. If you owed $1, now you owe $7.”

Brambila says the pandemic has multiplied the impact of the tornado for the many immigrant families they serve.

“Biggest need for our people is security,” he said. “It’s hard at this time.”

The Vega family had wanted to be back in their home last Christmas. Now, they are holding onto hope once again.

“This year hopefully by Christmas or New Year’s, we will be in our home again,” she said.

The Buckner Family Hope Center is opening its doors to provide resources to families affected by the tornado and or pandemic on Nov. 1.