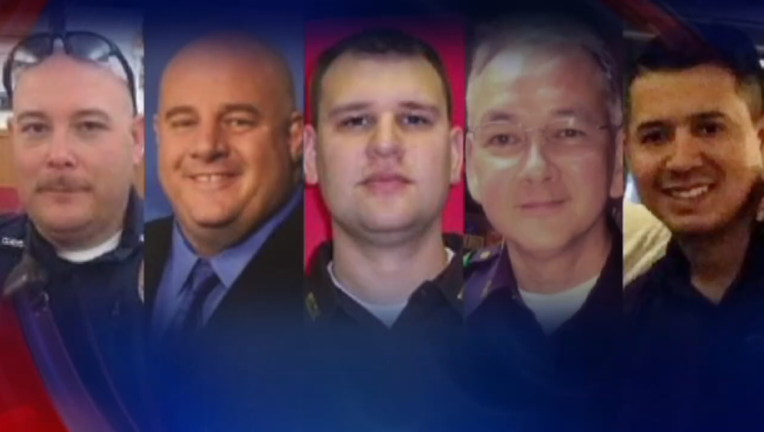 DALLAS - Wednesday marks the fifth anniversary of a terrible day in Dallas – the day five police officers were killed in the line of duty.

On July 7, 2016, a man began shooting during what had been a peaceful civil rights march through Downtown Dallas.

The gunman was later killed by police using a robot armed with explosives as he held up in a Dallas County Community College building.

The downtown Dallas ambush was the deadliest attack on law enforcement in the United States since September 11, 2001.

On Wednesday morning, the five fallen officers will be remembered in a march to the downtown police memorial and then at night with a balloon release and candlelight vigil.