Former Fort Worth Police Chief Joel Fitzgerald testified Tuesday in a lawsuit where he is trying to get his job back.

DALLAS - Former Fort Worth Police Chief Joel Fitzgerald testified Tuesday in a lawsuit where he is trying to get his job back.

Fitzgerald talked about the moment he was fired from his post six months ago and said it was in retaliation after he tried to expose corruption at city hall. But some members of the Fort Worth Police Department claim they lost confidence in their leader.

The hearing Fitzgerald testified at is to determine if a restraining order remains in place blocking the city from naming a permanent police chief.

Fitzgerald described the meeting where he was handed a document outlining his termination.

“I was able to see some of the wording and I knew it was, in my opinion, bogus,” Fitzgerald said.

The former chief said he’s had a tough time finding another job after he was fired.

“I’ve received about 105 at this time, rejection letters for jobs I’ve applied to. Those are the jobs that have responded,” Fitzgerald said. 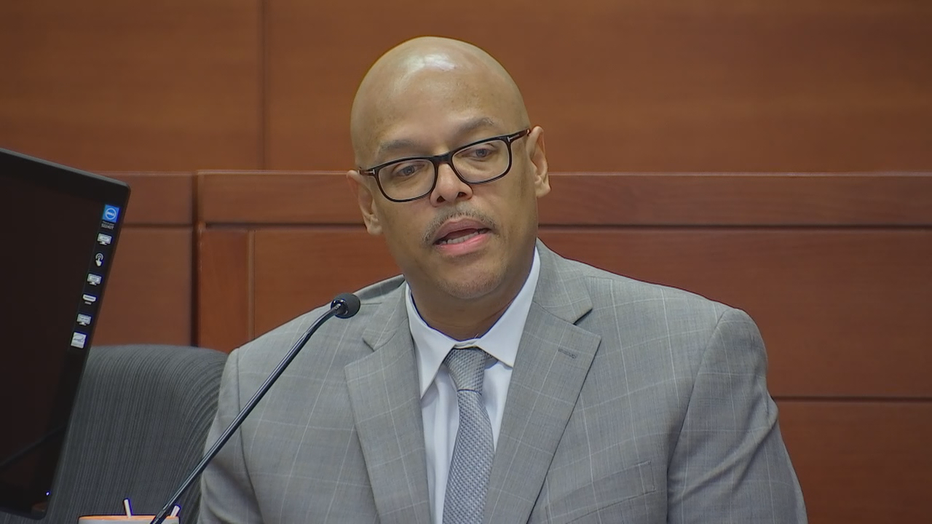 Fitzgerald also spoke in depth about the investigation he says doomed his career. He was looking into city it employees whom he says had criminal histories, but were still allowed access to sensitive federal data through the Criminal Justice Information System (CJIS). He said he found a breach in the system.

Fitzgerald testified that for more than a year the department falsely claimed to remediate the problem. He said when it was clear there was deception he wrote a 10-page memo to the city manager stating his intent to turn over his findings to the feds. But just before a scheduled meeting with the FBI, he was fired.

Fitzgerald was asked why he’d want his job back after everything city leaders have said about him after his firing.

The former chief said there are things that can happen that would restore his reputation.

“The truth, an apology and being sworn back in as the chief of police.”