Event in Fort Worth offers free screenings for prostate cancer

A Tarrant County commissioner is encouraging all men to take charge of their health and get screened for prostate cancer.

FORT WORTH, Texas - A Tarrant County commissioner is encouraging all men to take charge of their health and get screened for prostate cancer.

It has affected him personally, and now his mission is to help others.

A free screening event was held Saturday morning, and hundreds of people were served.

Tarrant County Commissioner Roy Brooks is a prostate cancer survivor. He did annual screenings and was diagnosed early.

Unfortunately, that wasn't the case for his brother.

He died two years after his diagnosis.

"That's what has put me on this mission. To tell men that prostate cancer is not something that you should die from, but the key is early diagnosis and early treatment," Brooks said.

On Saturday, it was held at Moncrief Cancer Institute in Fort Worth. 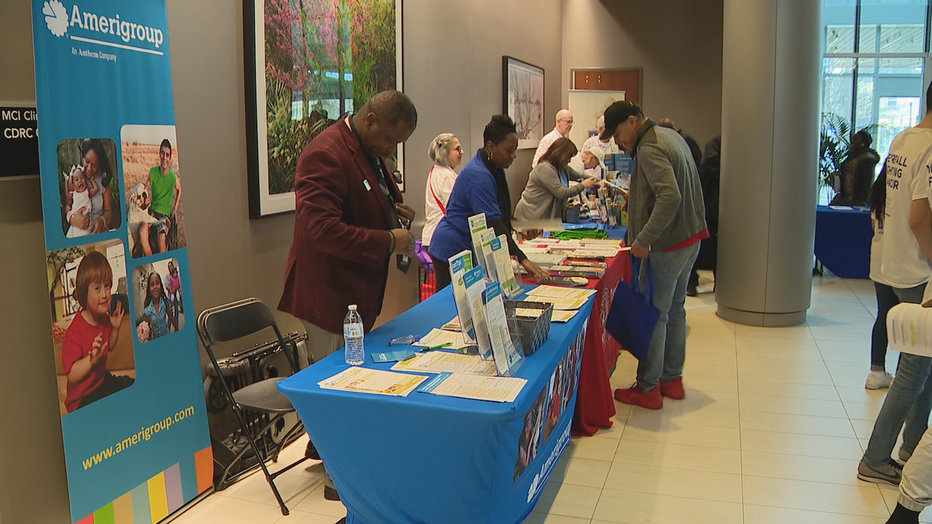 It included an educational seminar and a blood test.

“So the PSA tests came out maybe 20 years or so ago, and at the time, we were testing all men for prostate cancer with the PSA,” said Keith Argenbright, MD, who serves as medical director at Moncrief Cancer Institute. “Then, the guidelines changes, and they said, ‘Maybe we're testing too many men.’ So we backed off. Now, I think the guideline is to the point all about making an informed choice.”

More than 450 men chose to be proactive and were screened for prostate cancer, the second most common cancer in men.

"You always want to know what you're going through. Don't want to wait ‘til the last minute to find out if you're sick or not,” said Johnny Carnell, who got screened. “You know, you want to be prepared for whatever, any late reasons down the line of you getting sick or will get sick."

Those with a family history of prostate cancer are at an increased risk.

So are African American and Hispanic men.

A reason some decided to get the screening done.

"Especially being an African American, the rate is pretty much high. So it's good to go ahead and get it done early, get the test out of the way," said Samuel McFadden, who got screened.

At the end of the day, Commissioner Brooks is hoping this encourages others to take charge of their health.

"I want other men to be diagnosed early," he added.