Now is the perfect time to figure out how to keep children active and having fun during their break from school.

ADDISON, Texas - It may still be winter, but summer is just around the corner.

Now is the perfect time to figure out how to keep children active and having fun during their break from school.

There is a free two-day event focused on summer camps.

"We go to the library, you know, almost every day. So during the summer, I kind of want to expand and see what else he can do because he does have a lot of energy and he loves being outside," she said.

Sanchez thinks summer camp might be the perfect option.

For many parents, deciding on one can be tough.

Which is why the Best Summer Ever: Camp Fair is held to help make the decision a little bit easier.

Parents and children got a glimpse of what they have to offer. 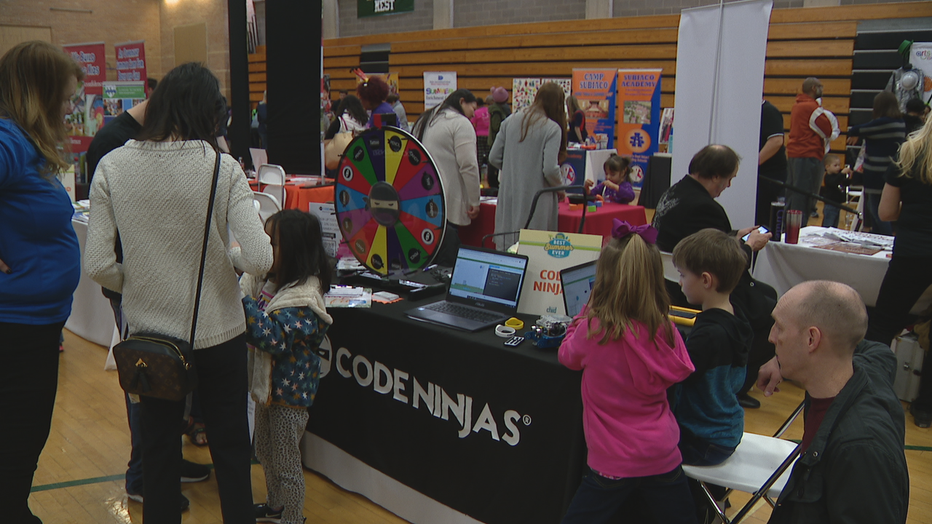 The YMCA has several locations all over Texas, and each has their own day and overnight summer camps to choose from.

“Some kids, when they come in, are crying cause they're not sure they want to be at camp on Sunday, and by Saturday they're crying that they don't want to leave," Wagner said.

Many of the camps brought hands-on activities for children to try out.

“It took me a little while, but I like it," fifth grader Marlowe Stifler said.

Stifler has decided to go to a performing and visual arts camp.

"It's like acting, and singing, and dancing, and that's all the stuff I love to do," he explained.

There are also educational camps that can get kids prepared for a future career, like Code Ninjas.

"If you like drones and all those flying gadgets and everything, you can come here for a summer camp and learn how to code them," fifth grader Ansh Papishetty said.

Families left with a wealth of knowledge, as well as some yummy treats.

The Best Summer Ever: Camp Fair" will continue Sunday in Fort Worth, at All Saints' Episcopal School on Saints Circle, from noon to 3 p.m.

The event is free.