Held to stop the rise of crime and violence in Dallas

DALLAS - Dallas Police Department officials met with community members Saturday for a conversation and panel focused on decreasing violence and crime in the city.

The "Enough is Enough - Stop the Violence" event included several speakers and a panel on the issues facing Dallas.

“The drug addictions, the violence, it's overwhelming in our community,” said Lakerrie Owens. “And when they see it every day, they think this is the only choice I have.”

Saturday morning, community members filled the African American Museum in Fair Park to dedicate their time toward stopping the violence. 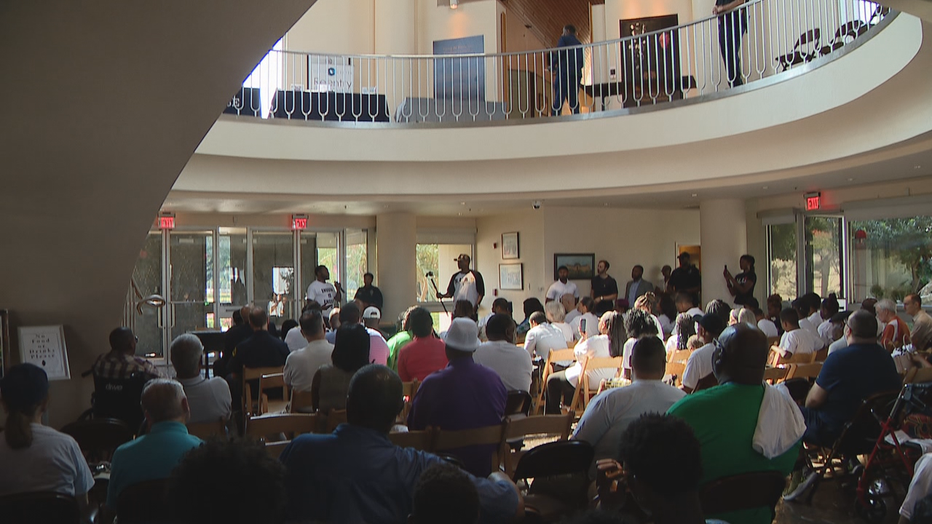 She brought 10 teens from her group to hear from speakers at the "Enough is Enough" summit.

“I hope they take away the sense of caring, the sense of community, the redirection that they can be successful, they can overcome the obstacles that are in the community they see every day,” Owens said.

The event was hosted by Dallas PD.

Officers say it's one of many efforts to reach out to the community, especially some of the most vulnerable.

And it's one of many more community events to come.

“It's not going to be an event that once we walk out these doors, we're finished. We're going to have continuing education, trying to enhance the quality of life, and try to make the people we serve better,” Sgt. Quigg added.

DPD officials say they plan to host community classes to talk to residents about what to do during traffic stops, along with barbershop conversations to meet with the communities they serve.

“Let's face it, a lot of individuals don't talk to cops. Only time they talk to them is when they're going to jail, or going from car, to car, to car, to car. Now what we're trying to do is actually have a conversation and become more humanistic,” said Sgt. Quigg.