A $5,000 reward is being offered to help find the person who shot an endangered green sea turtle in the neck with a spear off the coast of Florida.

KEY LARGO, Fla. - A $5,000 reward is being offered to help find the person who shot an endangered green sea turtle in the neck with a spear off the coast of Florida.

According to The Turtle Hospital in Marathon, the 150-pound turtle, named Splinter, was spotted by a boater on Saturday on Carysfort Reef off of Key Largo, Florida. Splinter had been shot with a 3-foot spear through its neck, entangled in black rope attached to a buoy and was in distress. 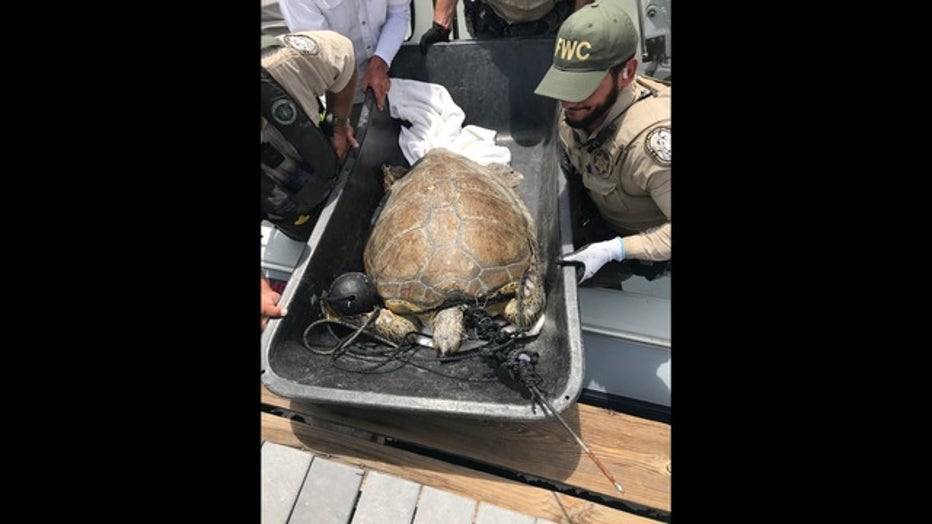 Florida Fish and Wildlife officers responded to the area and Splinter was transported to The Turtle Hospital.

"X-rays revealed the spear went much deeper than the turtle’s neck, it spanned over half of its body," the hospital told Fox 35. 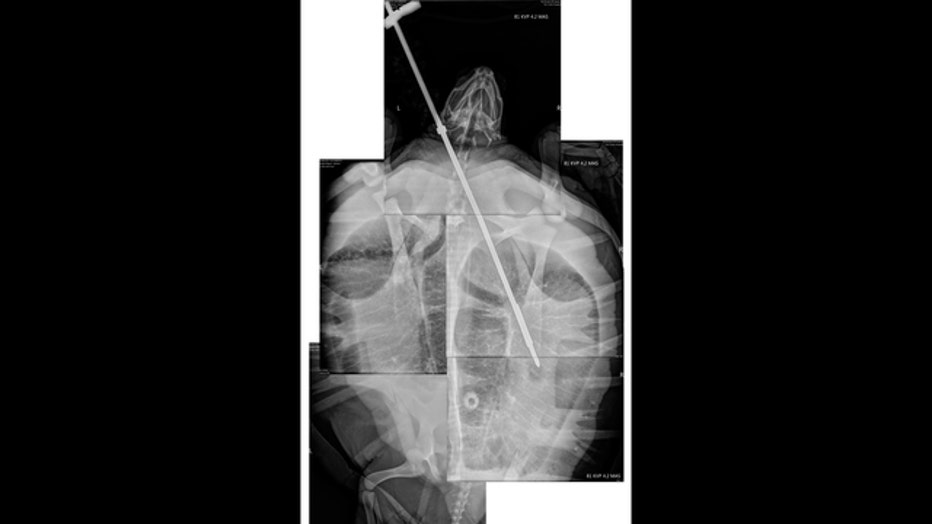 When asked if this could have been an accident, Turtle Hospital manager Bette Zirkelbach said,  “It’s highly unlikely this was an accident as the turtle has an injury on its plastron that looks like someone tried to spear her on her underside.”

Veterinarians performed emergency surgery to remove the spear. In a video update on Facebook, Splinter appeared to be recovering nicely as the turtle swam around in a small pool.

The hospital stated that Splinter will likely be released back into the ocean after she fully recovers. The spear has been saved for evidence and an investigation is underway to find the person responsible for hurting Splinter.