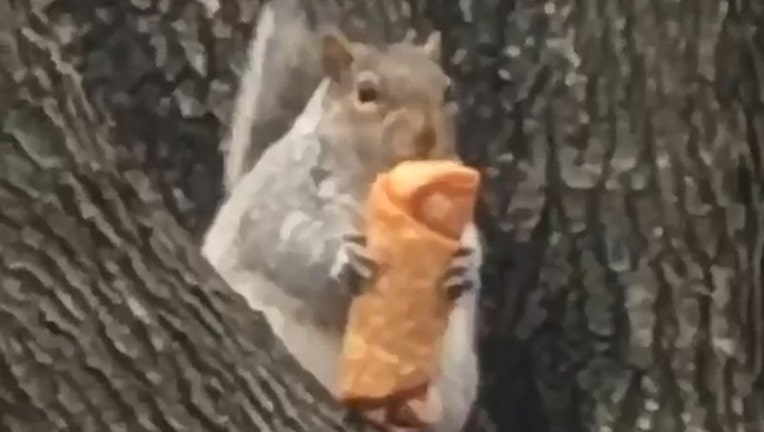 The account WhatIsNewYork shared the recording online, which showed the animal situated in a tree after it somehow scored the takeout.