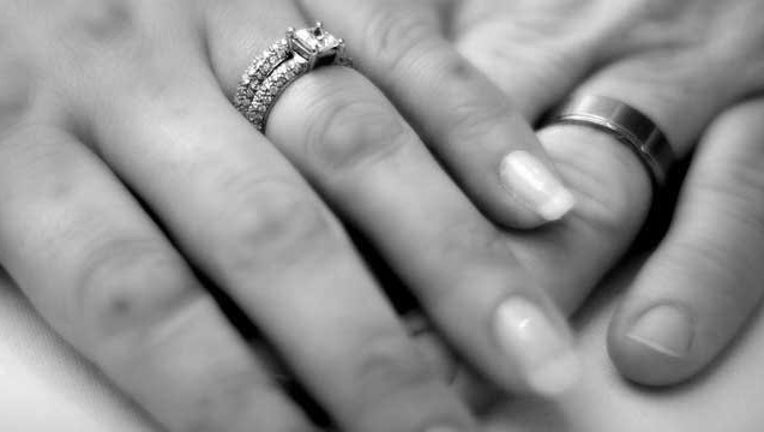 TYLER, Texas (AP) — An East Texas man who pleaded guilty to assaulting his girlfriend's ex-boyfriend has been sentenced to life — in matrimony.

Josten Bundy, 21, pleaded guilty on July 2 to assault with bodily injury for a February fistfight with the ex-boyfriend of Elizabeth Jaynes, 19, KLTV (http://bit.ly/1gQzs1e ) reported. Bundy told the Tyler television station that the ex was "saying disrespectful things" about Jaynes and admitted he eventually punched the ex in the jaw.

At the sentencing hearing, Smith County Court-at-Law Judge Randall Rogers asked Bundy whether Jaynes was "worth it" and whether the couple were married, according to transcripts obtained by KLTV.

Then, the judge said, "You know, as a part of my probation, you're going to have to marry her ... within 30 days." Otherwise, he would send Bundy to jail for 15 days.

"He offered me 15 days in jail, and that would have been fine. And I asked if I could call my job (to inform his employer of his pending absence). The judge told me, 'Nope. That's not how this works,'" Bundy said.

Jaynes, who was in the courtroom, said she was embarrassed by the judge's proposal. "My face was so red, people behind me were laughing," she said.

Fearful of losing his job, Bundy applied for the marriage license and scheduled a date with a justice of the peace.

Bundy said he and Jaynes had talked previously of getting married. But with just 18 days to plan, some family members were unable to attend the ceremony.

The father of the bride was irate.

"I contacted a couple of lawyers, but they told me someone was trying to pull my leg ... that judges don't court-order somebody to get married," said Kenneth Jaynes.

Calls by The Associated Press to Rogers' court went unanswered Friday afternoon, and calls to his home phone were met with recordings that he was not available.