A massive home in Southlake that once belonged to legendary broadcaster Pat Summerall was destroyed in a fire.

SOUTHLAKE, Texas - Firefighters battled a fire at a mansion in the Fort Worth suburb of Southlake Friday morning.

At least part of the seven bedroom home on White Chapel Boulevard collapsed before 6:30 a.m.

Firefighters from Keller, Grapevine and Colleyville helped to put out the flames. 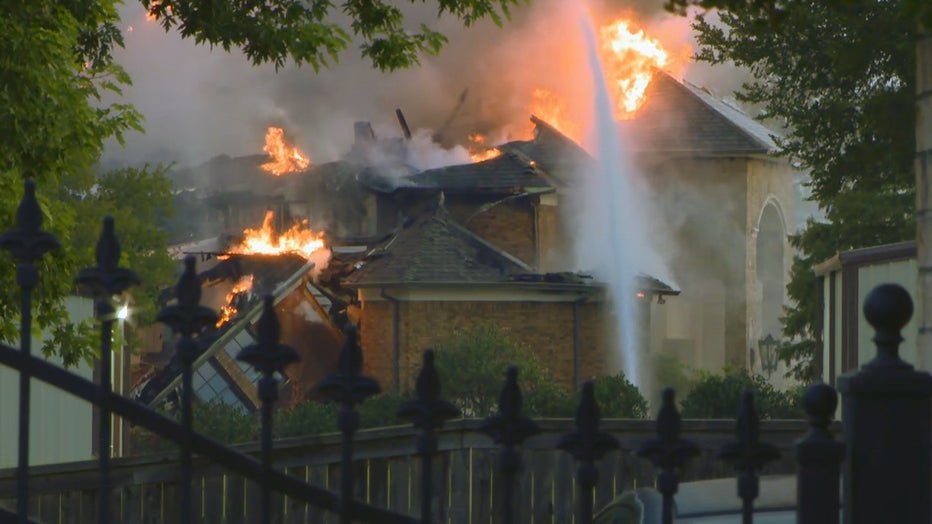 The new owner told FOX 4 he was in the process of moving in and was having some painting, cleaning and landscaping work done on the house.

"We were just glad to know no one was next door. They had not moved in yet," said Cecelia Lafavors, a neighbor who saw the flames. "It was a little scary. I didn't want any of the flames to jump into the yard."

There were no reports of any injuries in the fire.

The cause has not yet been determined.