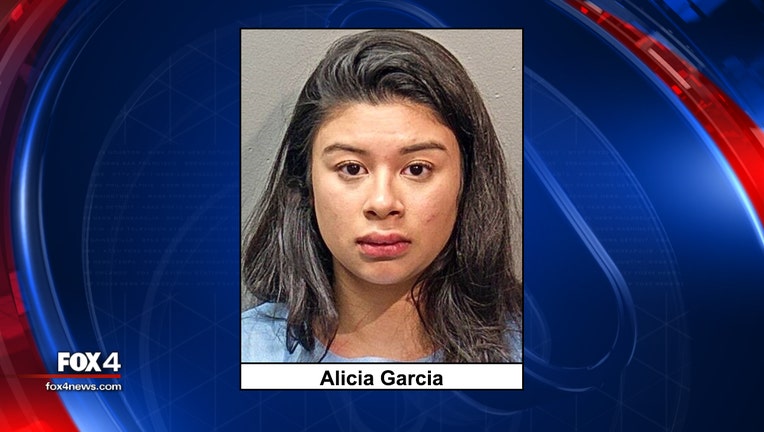 FORT WORTH, Texas - Police arrested a 20-year-old woman after they say she drove past road flares and struck a Fort Worth PD patrol car.

This happened just before 3:30 a.m. Saturday, along I-35W at Golden Triangle Boulevard, near Alliance Airport.

Police were assisting with another crash, when they say a driver hit a patrol car that was being used to divert traffic.

Thankfully, the officer was not in the car when the crash happened. 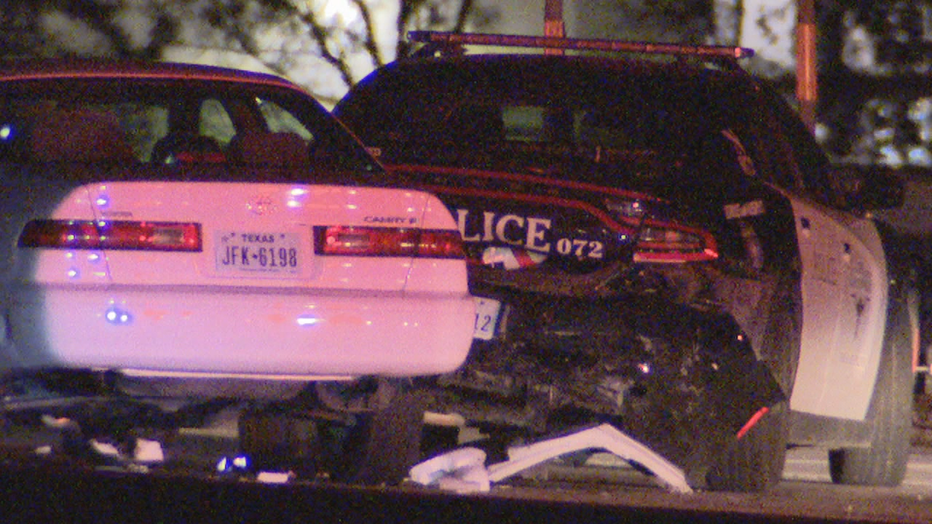 Police say the driver, identified as Alicia Garcia, appeared to be intoxicated.

Garcia was taken into custody and charged with driving while intoxicated.