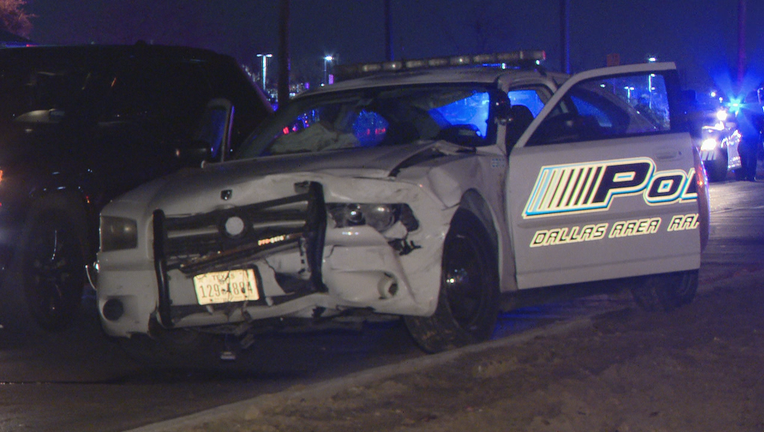 It happened around 2:15 a.m. on Harry Hines Boulevard in northwest Dallas – right in front of the Dallas Northwest Patrol Station.

The car failed to yield while making a left turn and crashed into the DART patrol car.

The officer was taken to the hospital for minor injuries.

The driver at fault was arrested for DWI after failing a field sobriety test.