Hundreds of drones flew over Downtown Austin for SXSW

This high-flying event, promoting a new streaming series, caught the attention of many people.

AUSTIN, Texas - A swarm of drones amassed in the skies over downtown Austin. The 400 drones were suspended over the city during SXSW to form a giant QR code.

The drones appeared over the weekend and several times again last night. The best viewing options were by Rainey Street, East Side Tavern, or The Fairmont.

The Hollywood Reporter says the drones were part of a marketing campaign by Giant Spoon to help Paramount+ promote its upcoming sci-fi series Halo. The series is based on the popular Xbox game about a warrior fighting off an alien invasion. 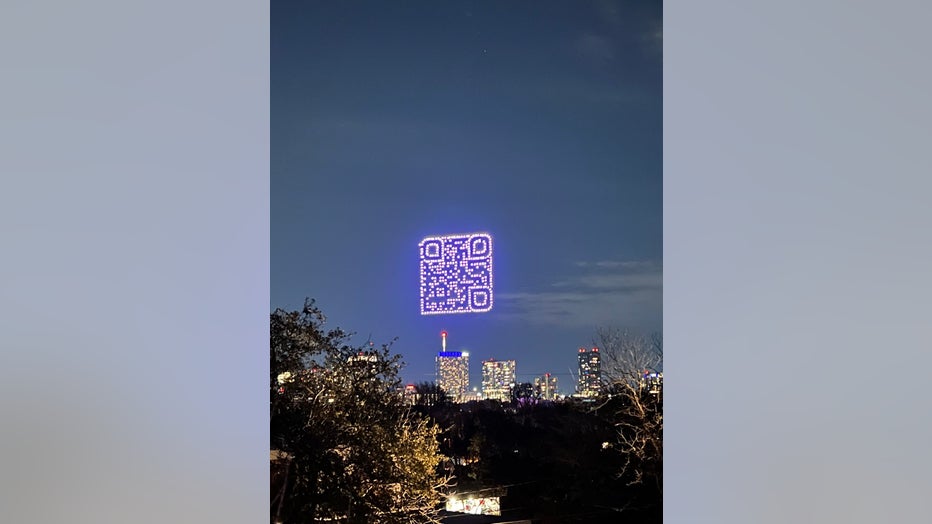 According to The Hollywood Reporter, the drones were part of a marketing campaign from Paramount+ to promote its upcoming sci-fi series Halo. Courtesy: DENNIS HEGSTAD

The QR code was scannable from any location and took users to a website so they could watch a trailer for the series. The drones also formed logos and images to promote the show.

"In its adaptation for Paramount+, HALO will take place in the universe that first came to be in 2001 with the launch of Xbox®’s first "Halo" game," SXSW said. "Dramatizing an epic 26th-century conflict between humanity and an alien threat known as the Covenant, HALO the series will weave deeply drawn personal stories with action, adventure and, a richly imagined vision of the future."

The Paramount+ show premiered at the South by Southwest Film Festival on March 14 at the Paramount Theatre. It debuts on Paramount+ on March 24.