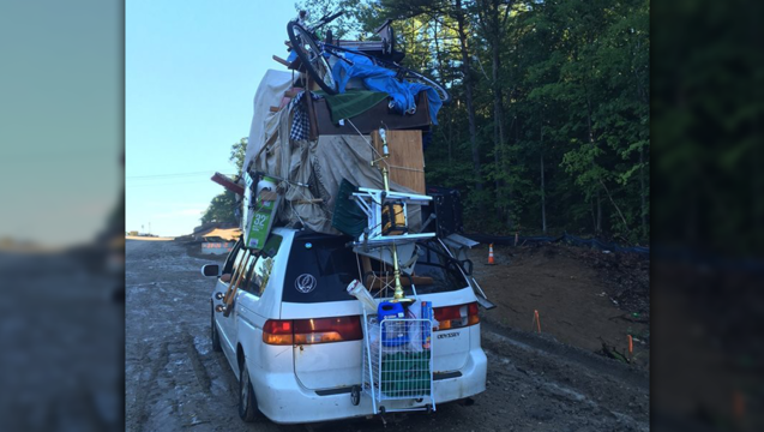 WMUR-TV reports a minivan pulled over on Wednesday had furniture, bicycles and boxes strapped to the roof and a wheeled basket dangling over the back window. There was also a furniture dolly hanging against a driver's side window.

The items on the roof doubled the height of the van, which was pulled over going north on Interstate 93 near Londonderry.

State police posted a picture of the van on Facebook.

Police are warning people to avoid driving with too many items strapped to the tops of their vehicles. They say the number of items on the van constituted a hazard.

Police issued the driver a ticket for negligent driving and having an uninspected vehicle.