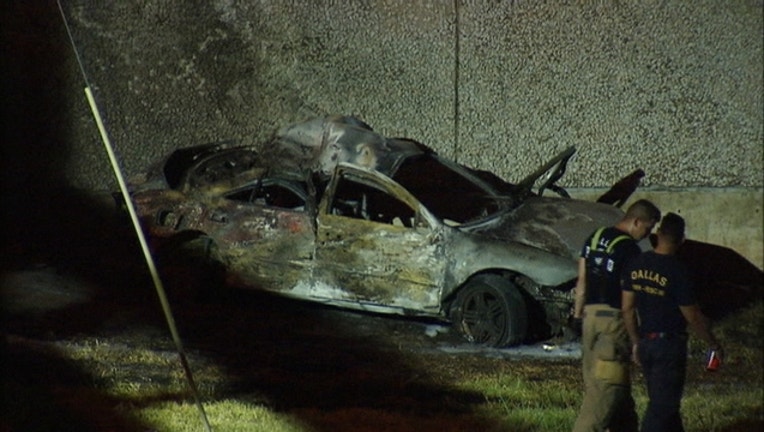 It's not yet clear what caused the driver to lose control on Mockingbird Lane where it turns into Westmoreland Drive. The car was engulfed in flames by the time first responders got to the scene just after 1 a.m.

Police said only one person was in the car when it went through the bridge rails. The driver’s identity has not yet been released.