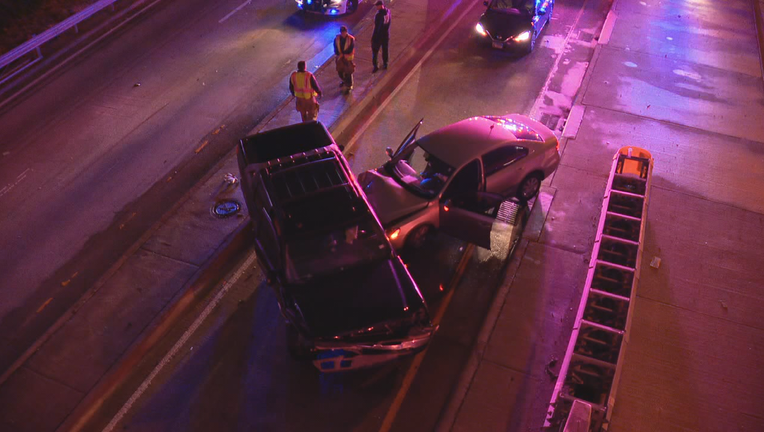 DALLAS - The driver of a pickup truck died in a rollover crash near Downtown Dallas early Friday morning.

Authorities said the wreck happened just after midnight, when the truck went out of control, hit a concrete barrier, and then flipped on I-30 at Lamar.

The driver was ejected, and later pronounced dead at the scene.

Witnesses said the pickup was then hit by a car.

A woman in that car was taken to the hospital, but she's expected to be okay.