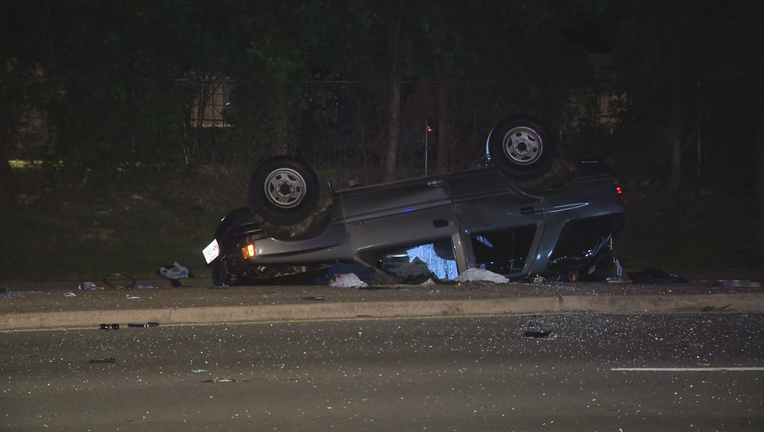 DALLAS - A man was killed in a rollover crash Thursday night in the White Rock area of Dallas.

Police said the driver lost control on his SUV on Garland Road and went into the median near the Casa Linda shopping center.

The SUV hit a streetlight and rolled over.

Firefighters tried to rescue the man from the wreckage but he died at the scene.