Even new signs and warning lights designed specifically to stop wrong-way driver weren’t enough to get the driver to change course.

DALLAS - A wrong-way driver was killed in a head-on collision on the Dallas North Tollway overnight.

Even new signs and warning lights designed specifically to stop wrong-way driver weren’t enough to get the driver to change course.

The entrance point where that driver got onto the tollway is the location of new equipment installed by the NTTA to help alert wrong-way drivers. But for whatever reason, those warnings were ignored.

The crash happened on the DNT shortly after midnight near Mockingbird Lane.

The driver in a white Saturn was going northbound in the southbound lanes. Rescue crews poured over a black Mercedes to help an innocent driver who couldn’t avert the head-on collision.

Firefighters worked for 40 minutes to free the trapped woman who, incredibly, was conscious and talking at the time. 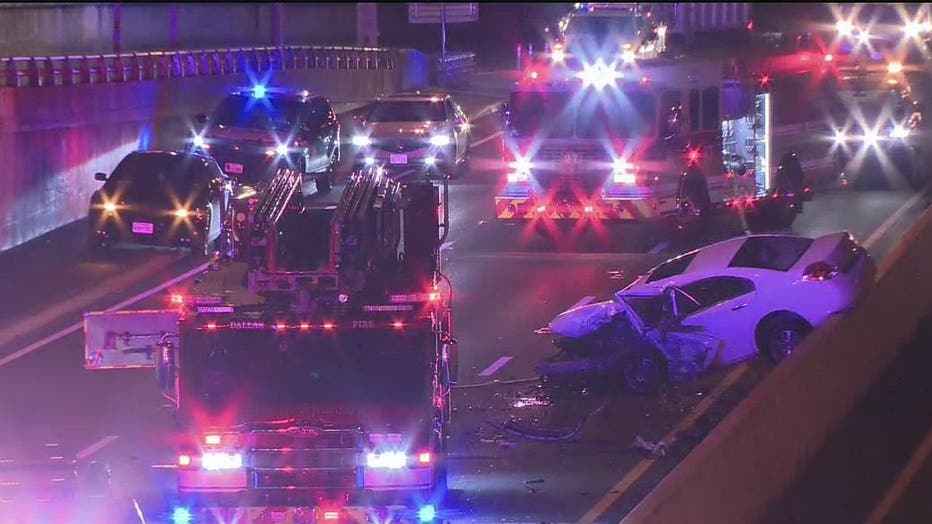 So far, investigators have not said if the wrong-way driver was impaired. They are awaiting toxicology results. But they have now determined the driver entered the tollway at Harry Hines.

NTTA Spokesperson Michael Rey says wrong-way crashes seem to be increasing over the years. He notes every wrong-way crash on the DNT so far has been caused by an impaired driver.

"You face a problem of trying to communicate with someone who is very seriously impaired in many cases," he said.

Just last September, the NTTA installed additional signage and thermal cameras at the Harry Hines tollway entrance as part of a pilot program after noticing many wrong-way drivers were entering at the southern end of the tollway.

When the cameras sense a car going the wrong way, flashing lights are activated to get the driver's attention and hopefully get them to turn around. Additionally, signs on the tollway alert other drivers to be on the lookout.

"We understand the signs were activated and lit up, and the message sign on the DNT itself was also activated to warn southbound drivers there was wrong-way driver detected in their area," Rey said.

But he says the crash happened too quickly before the innocent driver approached the warning sign. Still, they say they have confidence in the pilot program and will keep testing it.

"For a person to keep going through a series of flashing lights you wonder what about them is not able to determine they are going the wrong direction," he said.

The wrong-way driver died at the scene. His name has not yet been released.