The chief has been holding the listening sessions since November. They're part of a separate strategic long-term plan.

In District 1, which includes parts of North Oak Cliff and the Bishop Arts district, violent crime was top of mind for the dozens of people who attended Tuesday’s meeting.

The police chief talked to concerned residents and answered their questions. Many praised the officers for the dangerous job they do. Others expressed their concern over rising violence.

Outside Tyler Street Church in North Oak Cliff, a duo of protestors let their signs do the talking. The men were upset with Chief Hall’s proposed 2020 five percent violent crime reduction plan that the mayor has also said doesn't go far enough.

“I think it’s a slap in the face to the communities and to those who lost loved ones,” said Dallas resident Bennie Jeffery.

Inside the church, more than 100 District 1 residents attended one of Chief Hall’s listening sessions. 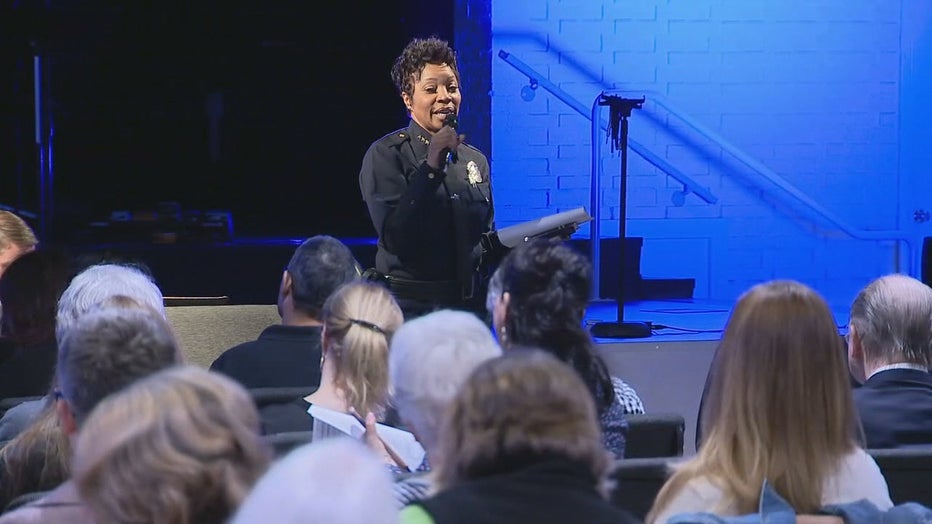 In addition to the violent crime reduction plan, the Dallas Police Department is creating a five-year strategic plan and is asking for the public’s feedback.

“We need to make sure that you know that you are involved in our policy,” the chief said.

Residents were asked to write their suggestions and feedback on post-it notes. But many residents are focused on the spike in violent crime and are concerned the chief’s crime reduction plan doesn’t go far enough.

“There’s just so much random violence, and it happens really quick,” said resident Glenn Dooley. “And average citizens can’t respond to that, so we need more police.”

Councilman Chad West says gunfire, thefts, robberies and street racing are the biggest problems in North Oak Cliff. But like many residents, he’s concerned with the drastic rise in violent crime. He’ll be watching the chief’s 2020 plan very closely.

“I do think that we need to push her as hard as we can to try and exceed that goal to get crime back down to where it was in 2018, just like the mayor said,” West said. “But I’m not going to hammer her to do it like right now as in today. She needs to get a little bit of time.”

The written concerns and suggestions will be compiled and command staff will look at them and determine priorities.