At least one employee at a popular Downtown Dallas breakfast spot says she went to work sick and then later tested positive for COVID-19.

DALLAS - At least one employee at a popular Downtown Dallas breakfast spot says she went to work sick and then later tested positive for COVID-19.

Her boyfriend, who is also an employee there, says he's now sick too. The restaurant remains open to customers.

Vanessa Rodriguez is recovering from COVID-19 and is quarantined at her family’s home. She tested positive May 27th, the day after working a shift at Yolk, a restaurant in One Arts Plaza in Downtown Dallas.

Rodriguez said she was dealing with complications from diabetes and continued her May 26th shift. She says the restaurant was not screening employees, only requiring workers wear face masks.

Her boyfriend, Graham Shelton, who works with her and lives with her, says the same.

“Yolk had not been screening at all, like checking our temperatures,” he said. 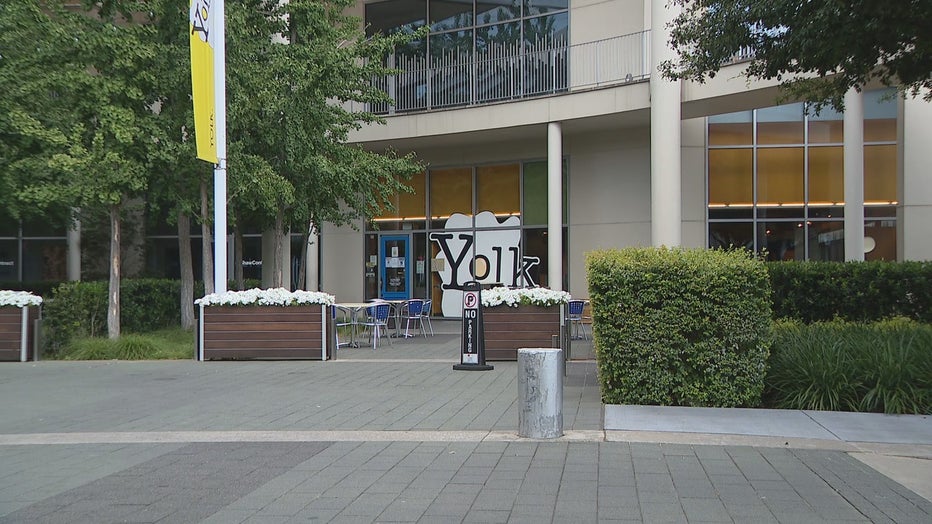 Rodriguez says she did not go home from work that day because she was concerned her hours would be cut.

“It was getting difficult for me to breathe,” she said. “My manager said, ‘Do you want to go home?’ No, because I have a few minutes left in my shift.”

That night, Shelton Rodriguez to the hospital, where she learned it was coronavirus.

The restaurant chain's Chicago-based owner, Taki Kastanis, told FOX 4 that management notified employees and suggested they get tested, but did not contact customers or other health authorities. He says there have not been any issues in the two weeks since.

It is unclear whether restaurants have an obligation to notify customers if a worker tests positive.

Rodriguez and Shelton question whether all servers were notified immediately.

“Their main concern is to keep their business running, and I understand,” Rodriguez said. “But you also want to take care of your employees and your customers.”

Now, Shelton is sick, quarantined alone in their apartment. He is now waiting for his coronavirus test results to come back.

“My doctor says he’s 99% sure because of my symptoms and because my breathing has gotten worse,” he said.