A collapsed wall of a historic building in Johnson County has raised concerns about the structure's stability and safety.

CLEBURNE, Texas - A collapsed wall of a historic building in Johnson County has raised concerns about the structure's stability and safety.

The mayor of Cleburne has requested a review to examine surrounding structures in the town's downtown area, where there are buildings dating back to the 1800s.

A fire marshal last Wednesday made the discovery on the building in downtown at N. Caddo and E. Chambers.

"He noticed a bulge at the bottom of the wall," Chief Scott Lail, Cleburne FD.

The back wall on a building constructed in the late 1800’s was in obvious distress, officials said. The city barricaded the area and TxDOT closed a lane of traffic.

"Sometime between close of business Thursday, Thursday night and then 8 a.m. Friday morning, the first section of the back wall collapsed," Lail said.

It was just the start of the problems, though.

"Through the course of Friday night and early morning Saturday two more collapses happened that were a little bit higher each time on the wall," Lail said. 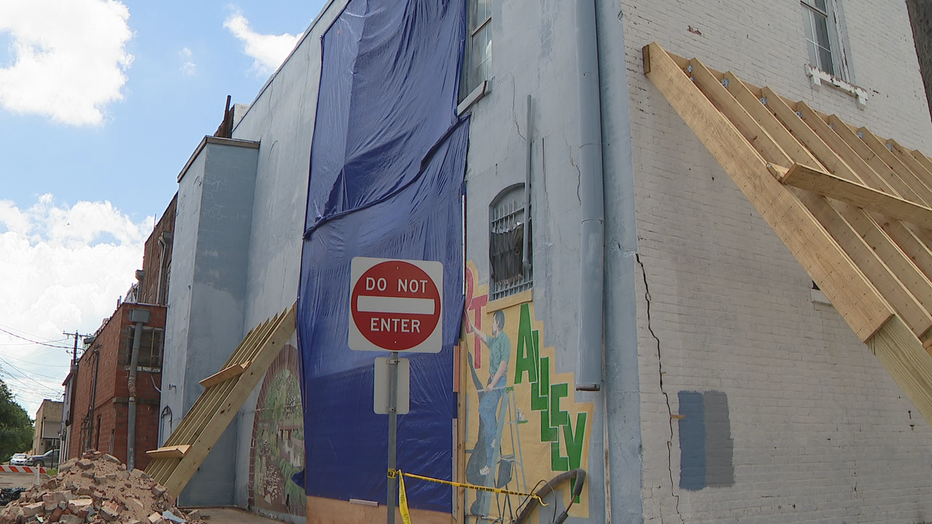 By then the city’s emergency abatement was in full swing. The business, a bridal shop, moved its inventory out and relocated. Some had thoughts about what’s playing out in South Florida -- the fatal condominium building collapse.

"I think the problem that happened in Florida heightened our awareness and made us hypersensitive to the possibility of a greater collapse," Lail said.

Longtime resident Wilma Reed recalls one of the first retailers in the location.

She hopes history can be preserved, but she’s mostly concerned about everyone’s safety.

"Scary, first of all. Thankful that no one was injured inside or outside of the building," Reed said.