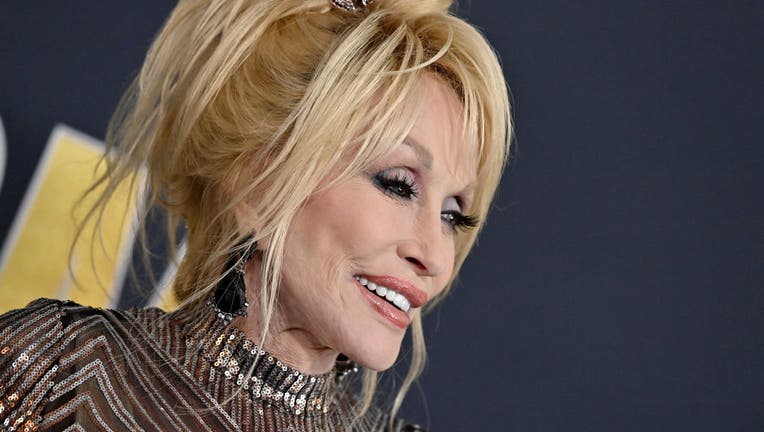 SEVIERVILLE, Tenn. - A home once owned by country music legend Dolly Parton is now being used as a wedding venue for couples affected by the recent wildfires near the Great Smoky Mountains National Park in Tennessee.

Red Top Destinations said "The Red Top Smoky Mountain Lodging" in Sevierville will be available as a free venue for eligible brides between April 1 and May 1. To qualify, they must prove the recent wildfires impacted or destroyed their original venue.

Parton’s parents, Lee and Avie Lee, bought the property in 1984 before Parton took full ownership in 2003 after their deaths. The home was then sold to a family friend.

A wildfire in Sevier County, Tennessee, had grown to approximately 1,000 acres in size and affected 35 structures by the evening of March 30. (Credit: Anonymous via Storyful)

Mike Whitcomb and his family are the current owners after buying the property earlier this year to serve as an event venue.

After the wildfires, he saw an opportunity to continue Parton’s legacy of giving back to the community.

"Everybody loves Dolly for a reason," Whitcomb told FOX Television Stations. "It’s not by chance. It’s not just her skills. It’s her humanity, her kindness, her beauty."

"I wanted to make sure, from my perspective and our family’s perspective, that we can add our voice to that," he continued.

Wildfire and high winds warnings were recently lifted in the area following the blaze. The blaze, which began as a brush fire last week in the Hatcher Mountain area of Wears Valley, had spread to more than 3,700 acres and impacted more than 100 structures.

A couple whose home was destroyed in the Marshall wildfire on Dec. 30 managed to find their wedding bands buried in the debris. (Credit: KDVR)

Around 11,000 homes in the area had been evacuated. Three injuries were reported during the blaze, but no fatalities or missing people had been reported.

‘"I know there are some folks who have been affected, and I hope that you will join me in saying a prayer for them. During this time, I’ve also remained in touch with my people at @Dollywood who have assured me everything is okay there," she tweeted.

A 2016 wildfire in the same area killed more than a dozen people.

"We come together as a community," Red Top Destinations Director Jeannine Hurst-Emory told FOX Television Stations. "We help one another out and that’s what we’re doing."