A Kansas dog who has lived in an animal shelter for more than a year was finally adopted on Tuesday, a week after a man moved into the shelter to try and help find the dog a home.

MERRIAM, Kan. (FOX 35 ORLANDO) - A Kansas dog who has lived in an animal shelter for more than a year was finally adopted on Tuesday, a week after a man moved into the shelter to try and help find the dog a home.

Great Plains SPCA posted video of 3-year-old Queen leaving the shelter, led by shelter volunteer Scott Poore, and getting into a black SUV with her new family.

Photos of Poore went viral after he decided to move into the shelter with Queen because he heard she was having trouble getting adopted and seemed depressed. Queen had been living in the shelter for over 400 days.

The shelter staff who had grown to love her for over a year gave her an incredible sendoff, throwing rose petals in the air on during her walk to freedom.

"A ROYAL SENDOFF fit for our very own 👑 Queen 👑," wrote the shelter on Facebook. "❤️ THANK YOU to Mission Driven and Scott Poore for all the help in finding Queen a forever family that is going to give her the royal treatment she deserves!" 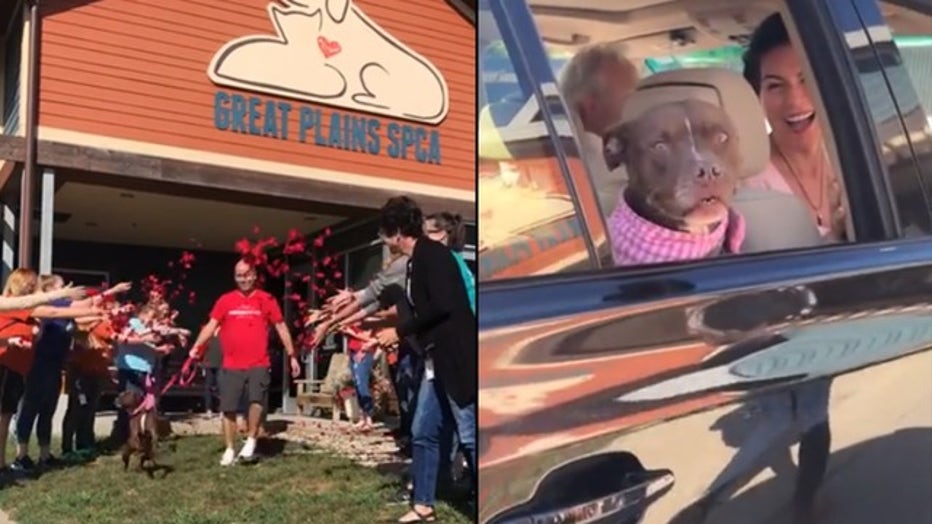 Poore, who runs the organization "Mission Driven" to aid animal shelters, described Queen as "the most affectionate lovable dog I probably have ever worked with." He was determined to get her adopted, so he spent seven days and seven nights living with Queen.

"I honestly did not know if I was going to be there 24 hours or a month, but I was prepared to do either," Poore told Fox News, adding that he was grateful he only had to stay for a week. 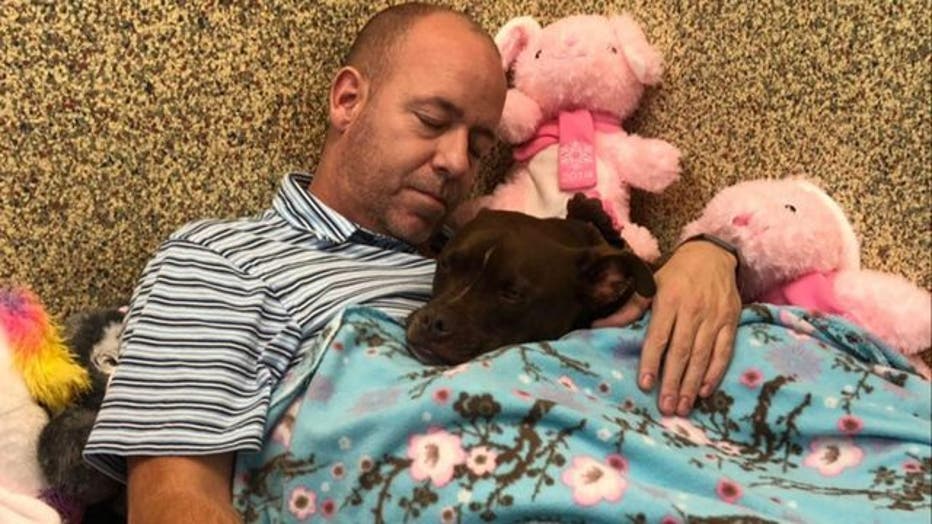 Poore says that he could not adopt Queen himself, as much as he wanted to.

"I can't adopt every animal that I help because then I will have 1000 animals in my house."

Queen's adopters are reportedly a father and son from the Kansas City area who lost their dog three weeks ago. Someone shared Queen's story with them, so they decided to adopt her.

Poore has since moved out of the shelter and back home. He says he's thankful to the family for giving Queen a home she deserves.

"I just want to thank them for opening up their home and their hearts for such an incredible dog who deserves a long life in a loving home."