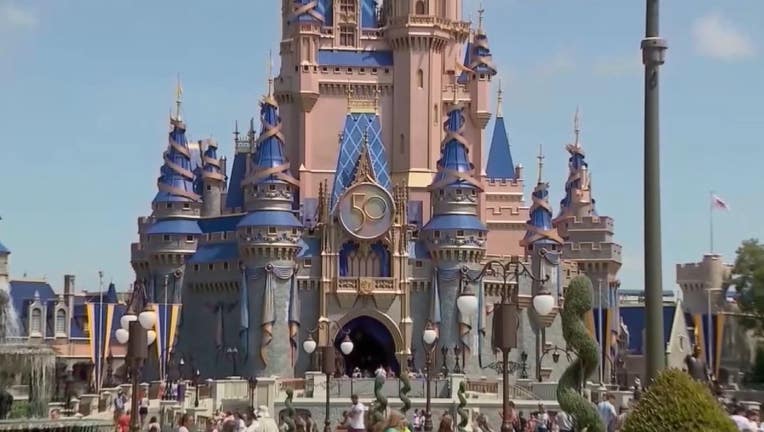 ORLANDO, Fla. - Walt Disney World increased admission ticket prices at all four of its Florida theme parks on Thursday – and depending on the day and which park choose, you could pay nearly $200 to get in!

Last month, the company announced park-specific ticket price increases for guests. Depending on the date and which park you want to go to – Magic Kingdom, EPCOT, Disney's Hollywood Studios, or Disney's Animal Kingdom – ticket prices will range from $109 to $189 for a single day, one-park ticket.

While Magic Kingdom will be priced at or above the theme parks, Disney's Animal Kingdom has the cheapest price range.

The new prices for each park are listed below:

Disney said the $189 price point is specifically for 9 days around the week of Christmas to New Year’s at Magic Kingdom.

"We continue to focus on providing guests with the best, most memorable Disney experience, and we’re doing that by growing our theme parks with incredible new attractions and offerings," a Disney spokesperson said. "We are also making planning easier with new 1-day tickets that automatically include a guest’s theme park reservation and continue to provide a wide range of options to visit throughout the year, including our lowest priced ticket of $109 which has not changed in more than four years."

Disney's Splash Mountain closing: Here's what it will look like after Tiana's Bayou Adventure retheming

In addition, Disney also raised the prices for its annual passes, which will go up between $43 to $100.

The Pixie Pass – which is only available to Florida residents and limited to weekday visits – remains on sale.

Depending on the date, Disney theme parks will also have different pricing for Park Hopper and Park Hopper Plus.

According to a UK-based data tracking firm, Walt Disney World tickets have jumped nearly 4,000% over the past 50 years. Meanwhile, everyday expenses like rent and gas have increased less than 1,000% in that same time frame.

Back in 1971 when the park first opened, admission tickets were $3.50. Keep in mind that because of inflation, $3.50 was worth a lot more than it is today and the parks have grown significantly over the years.

According to an online study by Koala, a company that helps connect travelers to timeshare rentals, a ticket to Disney will cost a guest $253.20 in the year 2031.