Discussions continue over highly-debated U.S 380 bypass project TxDOT is meeting with members of the public as it moves forward with part of its large U.S. 380 Bypass project in Denton and Collin counties.

TxDOT is meeting with members of the public as it moves forward with part of its large U.S. 380 bypass project in Denton and Collin counties.

It’s all in an effort to deal with explosive population growth. But other parts of the expansion have some worried.

People have complained about U.S. 380 because the highway was not built for the current boom in growth.

TxDOT has been having public hearings to get resident input ahead of fine-tuning the plans the rapid growth in Collin County has caused congestion on certain parts of U.S. 380.

The stretch of highway in Prosper, McKinney and Frisco consists of four-lane and six-lane roads. TxDOT has a master plan to widen the highway and make it one continuous highway.

Tuesday’s meeting at Rock Hill High School in Frisco was to show residents the proposed changes along 380 from Teel Parkway in Denton County and Lakewood Drive in Collin County. 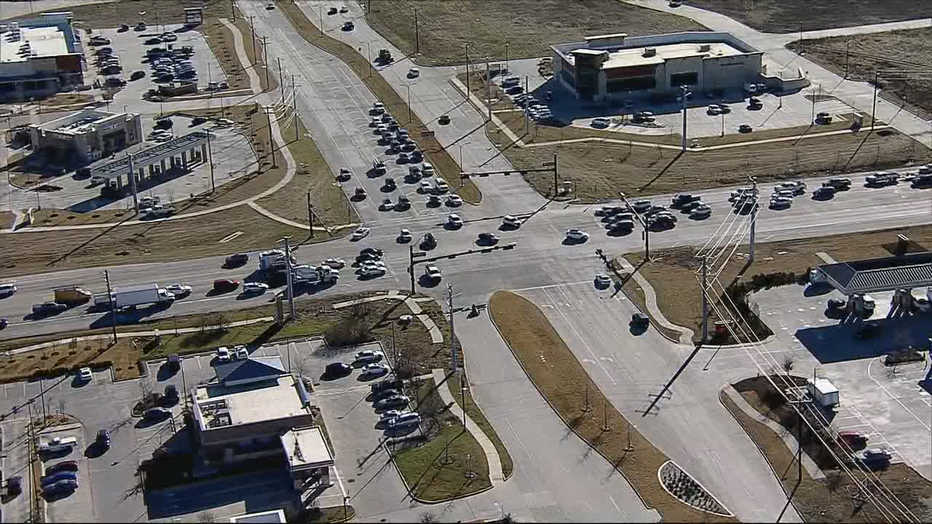 "We want to make it a continuous highway through Collin County, which means there are no stop lights in between, there are frontage roads and on and off ramps," said TxDOT Spokesperson Madison Schein. "And so the congestion is better addressed in the future to better meet the growth here in Collin County."

There is only one proposal for this stretch of 380. The entire plan is broken into about five separate projects.

The more controversial project has multiple options. Some of those plans will cut through acres of land owned by people.

The area is off McDonald Street just east of 75 North is the intersection of multiple proposed routes for the re-designed highway 830.

Plans C, D, and E would cut across fields and some rural residential areas.

Schein explained the difference between the project being discussed Tuesday and the more contentious project.

"While we are widening the road in some areas to create a continuous highway, that means no stoplights through it, frontage roads, on and off-ramps. It is going to be more on the original footprint of U.S. 380 compared to other projects that have to go against growth and development and variables as they try to meet today’s traffic and future traffic," she said.

Bill Brooks lives near the Frisco-McKinney portion that is less controversial. But we asked him what he thought about some people possibly losing property due to eminent domain.

"I think they are trying," he said. "It happens all the time. And in certain cases, it just has to be done."