DALLAS - The new year is expected to bring big strides in the effort to revive a southern Dallas shopping center.

The developer leading the ‘Reimagine Redbird’ effort asked city leaders for changes to help move along the process.

Happy with the progress so far, the city is poised this week to make sure plans for redeveloping Red Bird Mall can move ahead. The plans will now make way for in part a new specialty medical center for southern Dallas.

“We are now at a point with a lot of momentum,” said Red Bird Mall owner Peter Brodsky. “New buildings beginning to rise out of a parking field.” 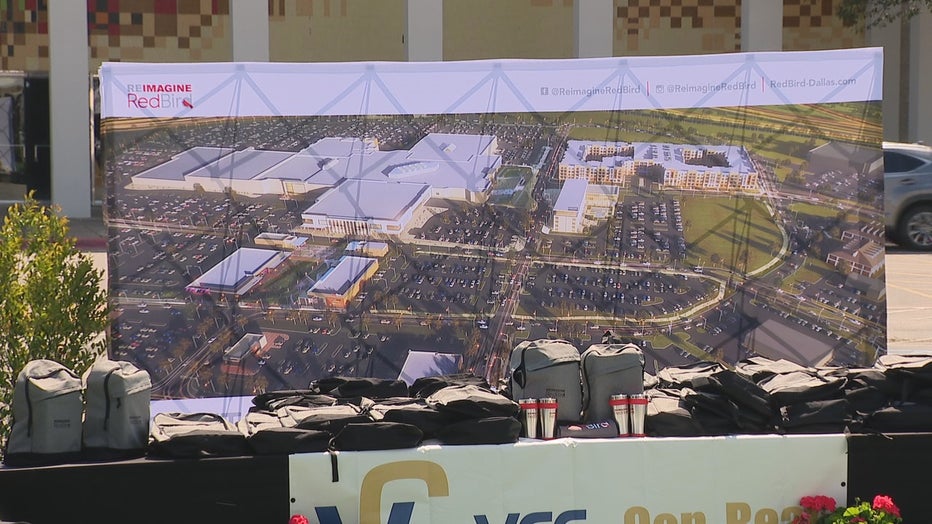 Now, UT Southwestern has announced a new outpatient medical center to provide specialized care for southern Dallas. The 150,000 square foot center will be inside the old Sears store. It says it will eventually bring 100 doctors, nurses, and administrators to the site and a steady flow of patients. All of them will be potential customers at future shops and restaurants.

“The biggest challenge we have is retailer and restaurants are reluctant to come to Red Bird because there is not a lot of traffic,” Brodsky said. “Not a lot of offices or activity during the day because most of the jobs are north.”

In addition to meeting the medical needs of an underserved area, the medical center is expected to create a vibrant daytime population.

“UT Southwestern is expecting hundreds of thousands of people to be there throughout the year,” Brodsky said.

There are already 380 employees working out of the mall's new inbound call center operated by Chime Solutions Inc. According to documentation given to council members on Monday, sales at the new Starbucks community store are exceeding expectations.

“It’s fun to go in and see people living, doing what they do at Starbucks and knowing that a year ago there wasn't a great place to do that in the community,” Brodsky said. “Now, there is.”

Come next year, UT Southwestern hopes to have the doors open to its Red Bird medical center. The medical center will be working with Parkland, which is opening a 43,000 square foot primary care facility in the mall.